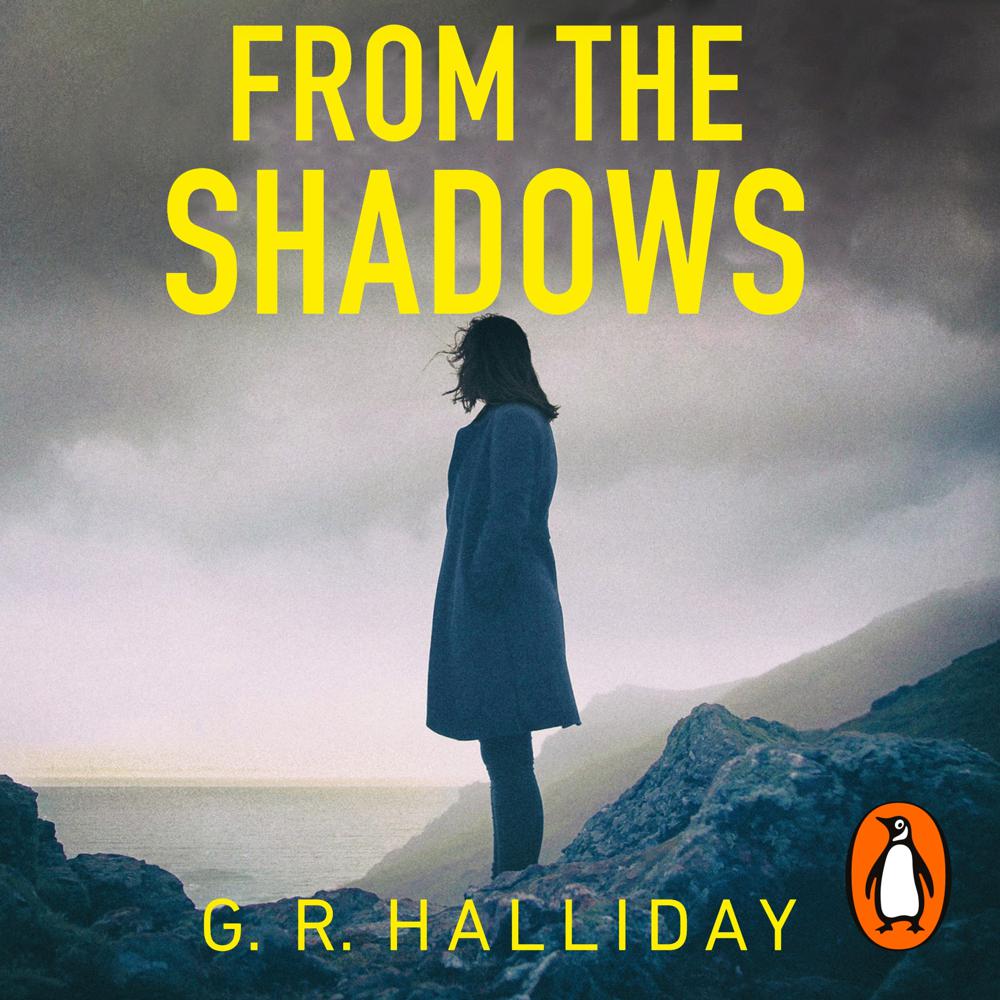 Random House presents the audiobook edition of From the Shadows written by G.R. Halliday, read by Sarah Barron.

A stunning, atmospheric police procedural set against the grit of Inverness and the raw beauty of the Scottish Highlands, this is the first book in the DI Monica Kennedy series.

Sixteen-year-old Robert arrives home late. Without a word to his dad, he goes up to his bedroom. Robert is never seen alive again.

A body is soon found on the coast of the Scottish Highlands. Detective Inspector Monica Kennedy stands by the victim in this starkly beautiful and remote landscape. Instinct tells her the case won’t begin and end with this one death.

Meanwhile, Inverness-based social worker Michael Bach is worried about one of his clients whose last correspondence was a single ambiguous text message; Nichol Morgan has been missing for seven days.

As Monica is faced with catching a murderer who has been meticulously watching and waiting, Michael keeps searching for Nichol, desperate to find him before the killer claims another victim.