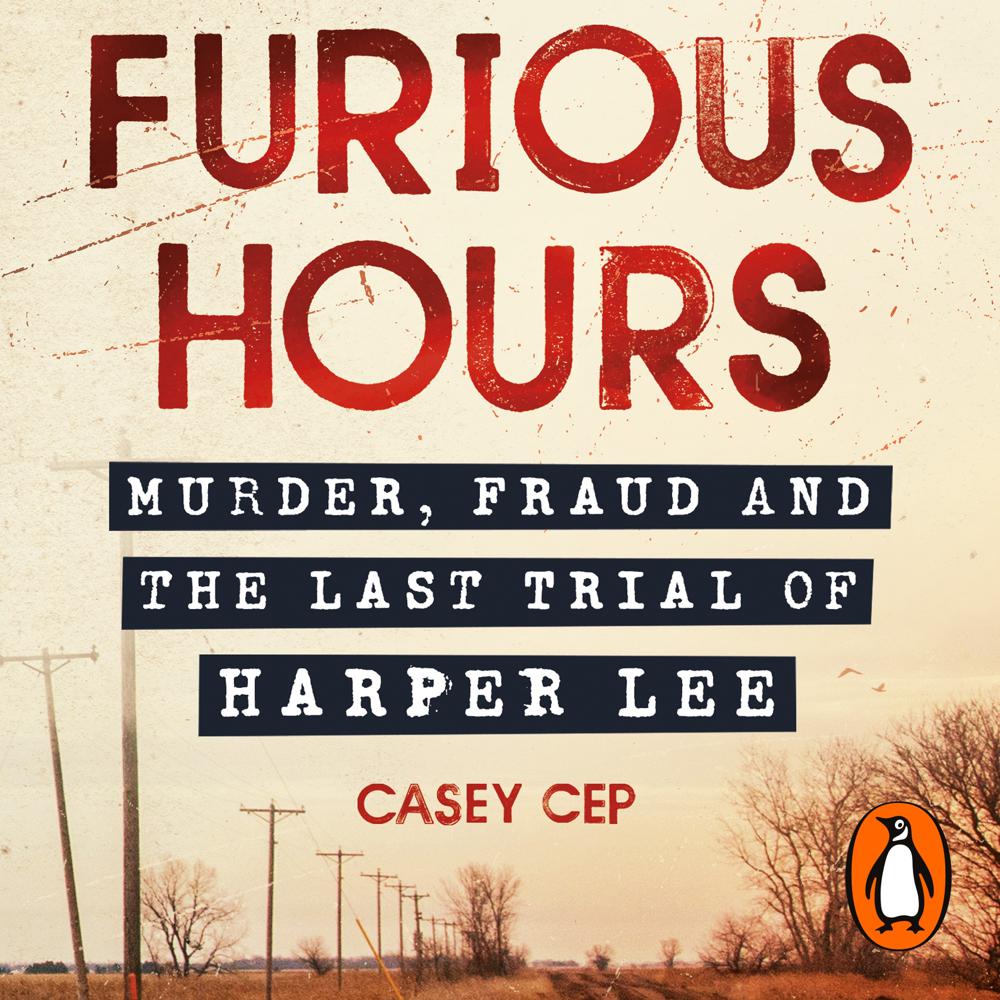 ‘A triumph on every level. One of the losses to literature is that Harper Lee never found a way to tell a gothic true-crime story she’d spent years researching. Casey Cep has excavated this mesmerizing story and tells it with grace and insight and a fierce fidelity to the truth.‘
DAVID GRANN, author of Killers of the Flower Moon
_____________________________
The stunning story of an Alabama serial killer and the true-crime book that Harper Lee worked on obsessively in the years after To Kill a Mockingbird

Reverend Willie Maxwell was a rural preacher accused of murdering five of his family members for insurance money in the 1970s. With the help of a savvy lawyer, he escaped justice for years until a relative shot him dead at the funeral of his last victim. Despite hundreds of witnesses, Maxwell’s murderer was acquitted – thanks to the same attorney who had previously defended the Reverend.

As Alabama is consumed by these gripping events, it’s not long until news of the case reaches Alabama’s – and America’s – most famous writer. Intrigued by the story, Harper Lee makes a journey back to her home state to witness the Reverend’s killer face trial. Harper had the idea of writing her own In Cold Blood, the true-crime classic she had helped her friend Truman Capote research. Lee spent a year in town reporting on the Maxwell case and many more years trying to finish the book she called The Reverend.

Now Casey Cep brings this story to life, from the shocking murders to the courtroom drama to the racial politics of the Deep South. At the same time, she offers a deeply moving portrait of one of the country’s most beloved writers and her struggle with fame, success, and the mystery of artistic creativity.

This is the story Harper Lee wanted to write. This is the story of why she couldn’t.
_____________________________
‘Fascinating … Cep has spliced together a Southern-gothic tale of multiple murder and the unhappy story of Lee’s literary career, to produce a tale that is engrossing in its detail and deeply poignant… [Cep] spends the first third of Furious Hours following the jaw-dropping trail of murders … Engrossing … Cep writes about all this with great skill, sensitivity and attention to detail.’
SUNDAY TIMES

‘It’s been a long time since I picked up a book so impossible to put down. Furious Hours made me forget dinner, ignore incoming calls, and stay up reading into the small hours. It’s a work of literary and legal detection as gripping as a thriller. But it’s also a meditation on motive and mystery, the curious workings of history, hope, and ambition, justice, and the darkest matters of life and death. Casey Cep’s investigation into an infamous Southern murder trial and Harper Lee’s quest to write about it is a beautiful, sobering, and sometimes chilling triumph.’
HELEN MACDONALD, author of H is for Hawk

‘This story is just too good … Furious Hours builds and builds until it collides with the writer who saw the power of Maxwell’s story, but for some reason was unable to harness it. It lays bare the inner life of a woman who had a world-class gift for hiding … [this] book makes a magical leap, and it goes from being a superbly written true-crime story to the sort of story that even Lee would have been proud to write.’
MICHAEL LEWIS, author of Moneyball and The Big Short