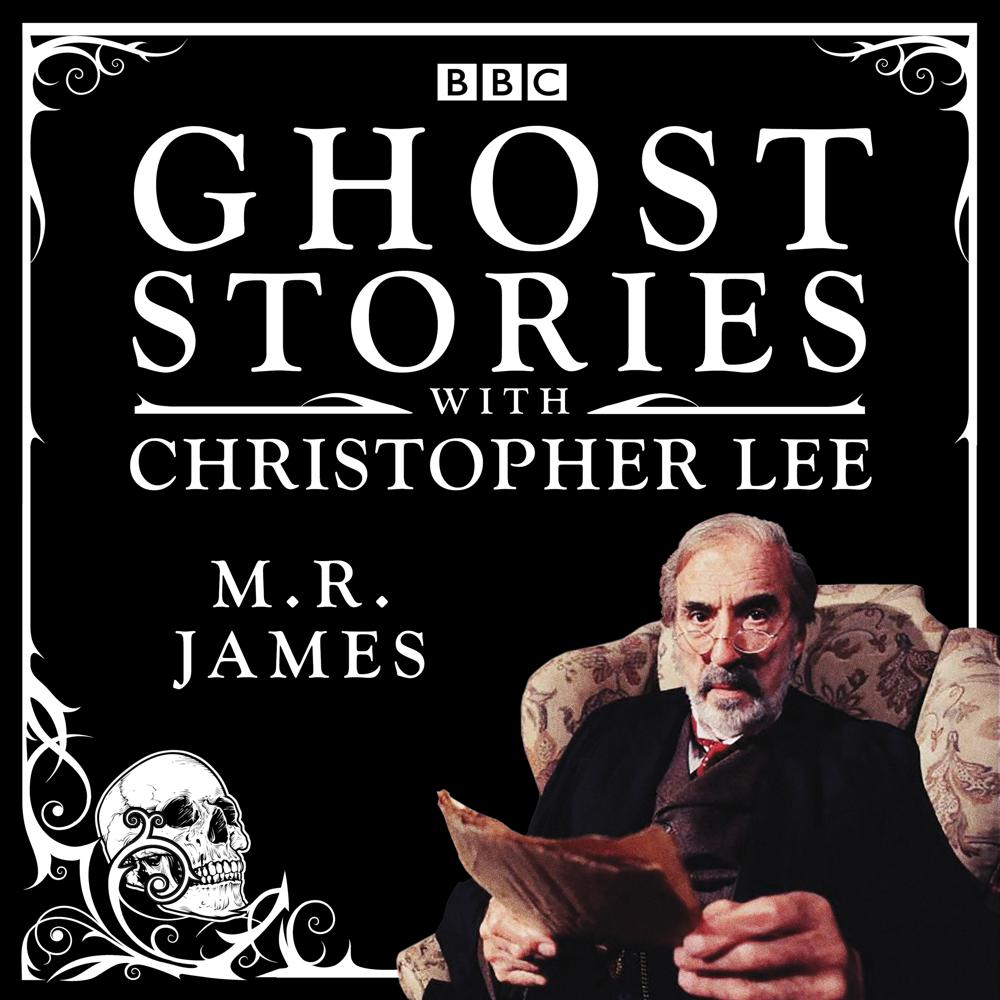 Over a century ago, M. R. James was the provost of King’s College, Cambridge. He would gather together a select group of students in his rooms every Christmas Eve, and give a candlelit performance of one of his superbly unsettling ghost stories. Christopher Lee recreates the spine-chilling atmosphere of those evenings, as he dons James’ mantle to read these four fearful tales.

The Stalls of Barchester – Perusing the papers of Archdeacon Haynes, our narrator uncovers a hidden history of intrigue, murder, a sinister cat and some strange ecclesiastical carvings.

The Ash Tree – When Sir Matthew Fell, squire of Castringham Hall, testifies against suspected witch Mrs Mothersole, she is found guilty and hanged. From that day forward, a series of tragic events afflict the Fell family, all seemingly linked to the old ash tree growing in the Hall grounds…

Number 13 – Staying in Room 12 of the Golden Lion in the Danish town of Viborg, historian Mr Anderson is perturbed by the mystery of the room next door. Who, or what, is the inhabitant of number 13?

A Warning to the Curious – The horrific account of an archaeologist named Paxton, who takes the fateful decision to excavate the last of the legendary East Anglian crowns – and unleashes a terrifying supernatural force…

First broadcast on BBC Two on the following dates: