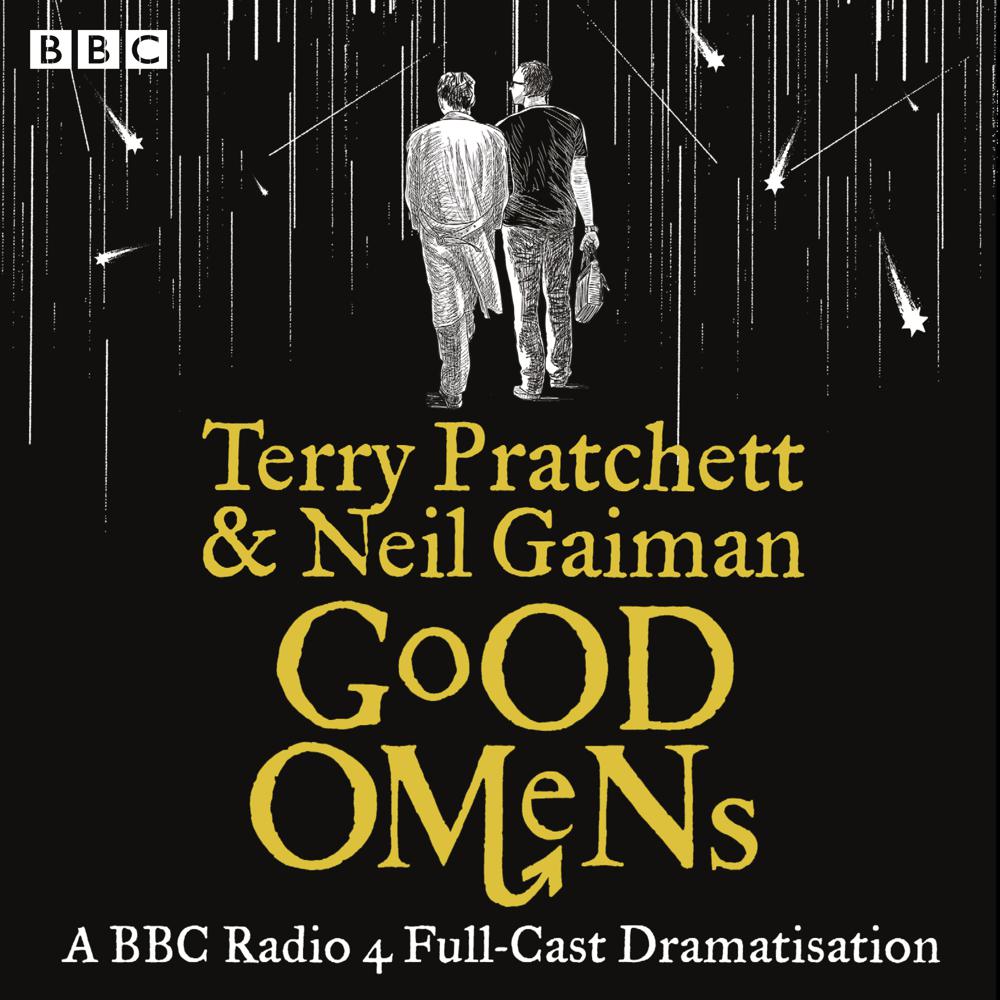 According to the Nice and Accurate Prophecies of Agnes Nutter, Witch, the world will end on a Saturday. Next Saturday in fact. Just after Any Answers on Radio 4….

Events have been set in motion to bring about the End of Days. The armies of Good and Evil are gathering and making their way towards the sleepy English village of Lower Tadfield. The Four Horsepersons of the Apocalypse – War, Famine, Pollution and Death – are assembling.

Witchfinder Shadwell and his assistant Newton Pulsifier are also en route to Tadfield to investigate unusual phenomena in the area, while Anathema Device, descendent of prophetess Agnes Nutter, tries to decipher her ancestor’s cryptic predictions.

Atlantis is rising; fish are falling from the sky; everything seems to be going to the Divine Plan.

Everything, that is, but for an unlikely angel and demon duo, who have been living on Earth for several millennia and have become rather fond of the place. If they are to prevent Armageddon they’ve got to find and kill the one who will bring it about: the Antichrist himself. There’s just one small problem: someone seems to have mislaid him…

Adapted, sound designed and co-directed by Dirk Maggs (Neverwhere, The Hitchhiker’s Guide to the Galaxy) this first ever dramatisation of Terry Pratchett and Neil Gaiman’s novel features a large cast including Peter Serafinowicz, Mark Heap, Josie Lawrence and Paterson Joseph.