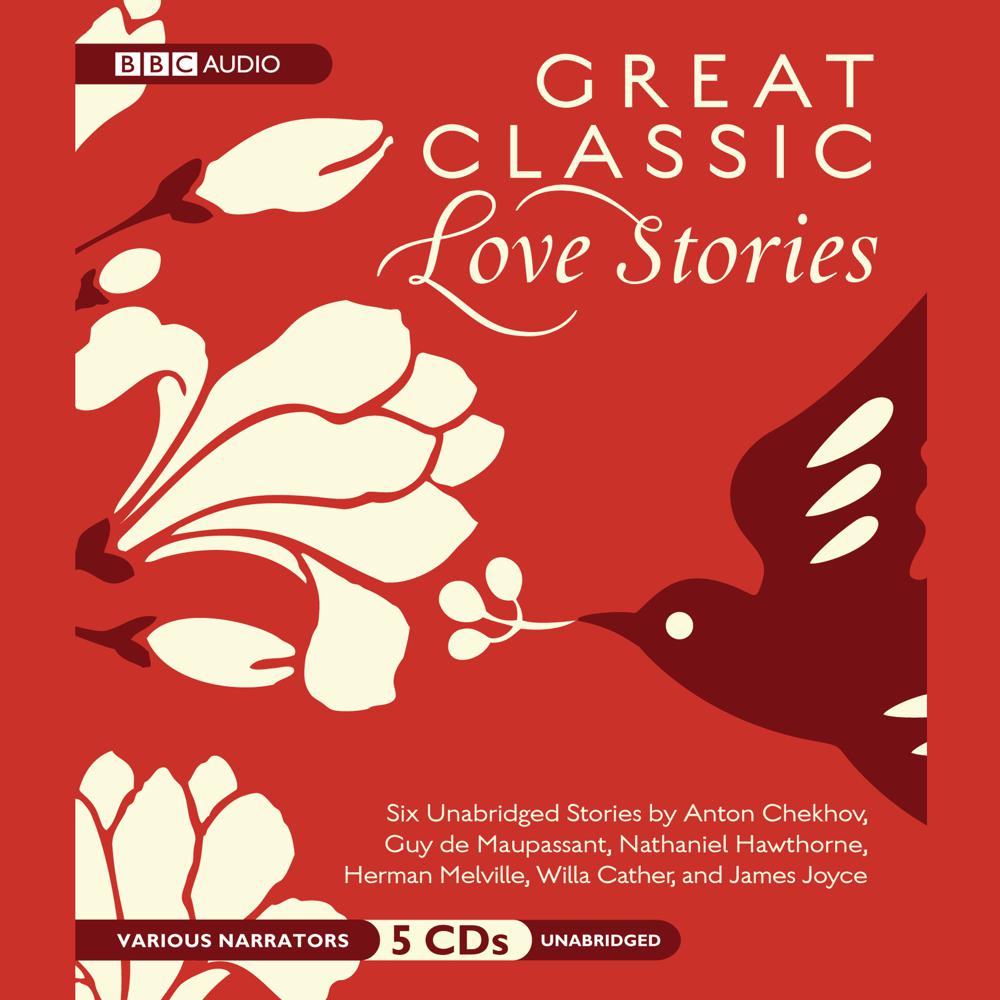 The world-class writers featured in this collection are adept at conjuring the depth and passion that surrounds all stories of love and loss. The short story form is perfect for capturing the dizzying heights that accompany a new object of affection, as well as the queasy unease and bottomless longing of lost loves.

This recording includes the following stories:

“The Piazza” by Herman Melville (1819–1891), narrated by Peter Marinker Nature’s beauty encourages a riddle, and a haunting, strange story.

“Rappaccini’s Daughter” by Nathaniel Hawthorne (1804–1864), narrated by Mark Meadows The woman in the garden resembles a flower—but loving her proves poisonous.

“The Lady with the Dog” by Anton Chekhov (1860–1904), narrated by Peter Marinker A chance encounter brings lifelong yearning, against all convention.

“The Dead” by James Joyce (1882–1941), narrated by Gerry O’BrienA man experiences shifting views on himself, his wife, the past, the living … and the dead.

“Clair de Lune” by Guy de Maupassant (1850–1893), narrated by Cameron Stewart In spite of himself, an intolerant priest learns of love’s song.