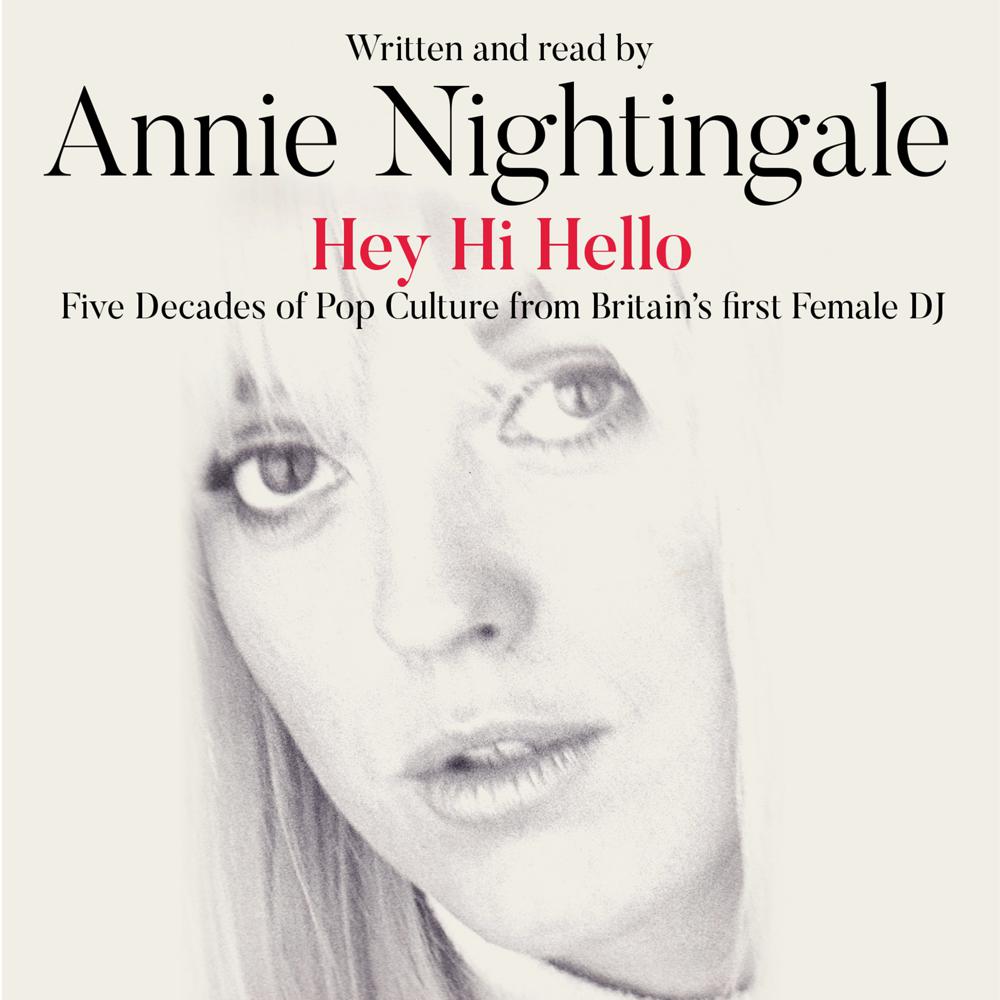 A ROUGH TRADE BOOK OF THE YEAR

‘A joy to read’ Guardian
‘I loved this book’ Irvine Welsh
‘What a story! I adored it’ Lauren Laverne

As a DJ and broadcaster on radio, tv and the live music scene, Annie has been an invigorating and necessarily disruptive force. She walked in the door at Radio One in 1970 as its first female broadcaster. Fifty years later she continues to be a DJ and tastemaker who commands the respect of artists, listeners and peers across the world.

Hey Hi Hello tells the story of those early days at Radio One, the Ground Zero moment of punk and the arrival of acid house and the Second Summer of Love in the late 80s. Funny, warm and candid to a fault, including encounters with Bob Marley, Marc Bolan, The Beatles and interviews with Little Simz and Billie Eilish, this is a portrait of an artist without whom the past fifty years of British culture would have looked very different indeed.