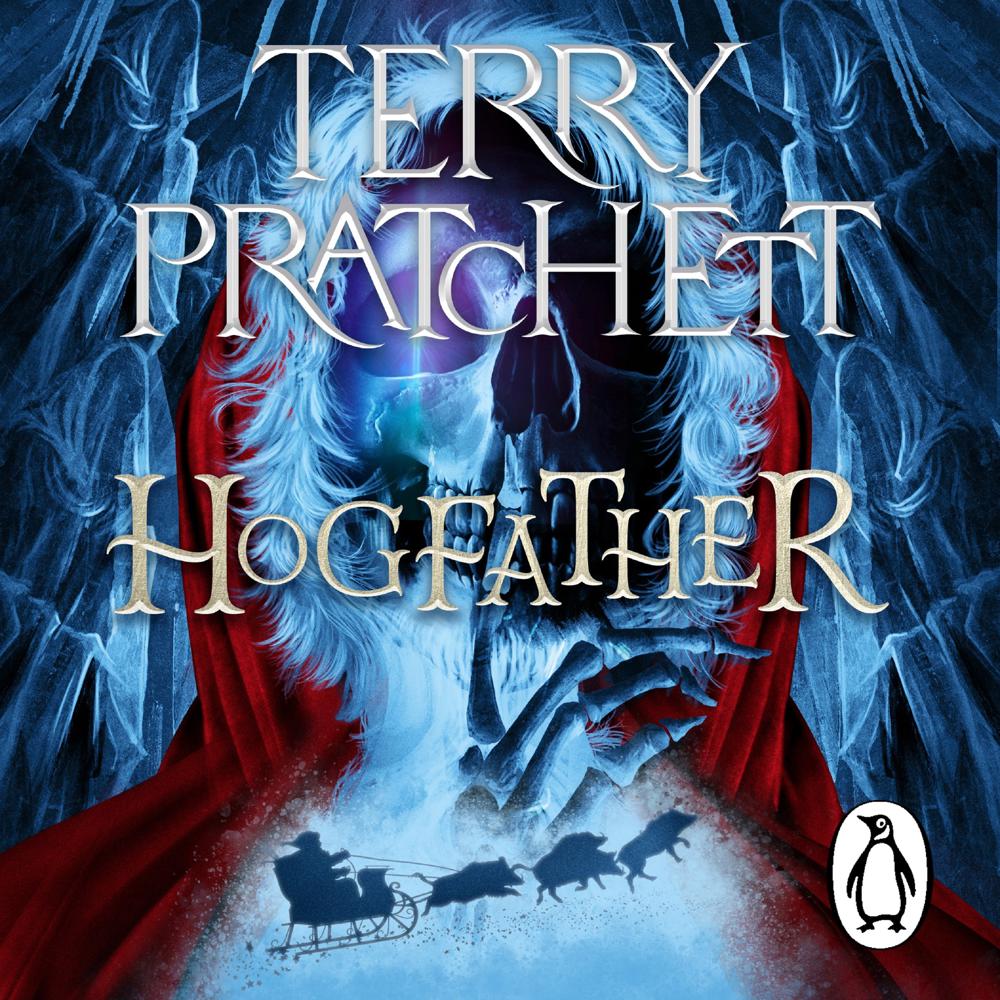 The audiobook of Hogfather is read by the BAFTA award-winning actor Sian Clifford (Fleabag; Vanity Fair; Quiz), with BAFTA and Golden Globe award-winning actor Bill Nighy (Love Actually; Pirates of the Caribbean; The Hitchhiker’s Guide to the Galaxy; Harry Potter and the Deathly Hallows) reading the footnotes, and with Peter Serafinowicz (Star Wars: Episode I – The Phantom Menace; Shaun of the Dead) as the voice of Death. Featuring a new theme tune composed by James Hannigan.

‘Twas the night before Hogswatch and all through the house…something was missing.

The stockings are hanging ready, the sherry and pies are waiting by the fireplace – but where is the jolly fat man with his sack? It’s not right to find Death creeping down chimneys and trying to say Ho Ho Ho – but someone’s got to bring the little kiddies their presents. Or else they might stop believing. Belief is important in Discworld, particularly on the last night of the year when the time is turning. If the real man in the red suit isn’t found by morning, there won’t be a morning. Ever again…

The Discworld novels can be read in any order but Hogfather is the fourth book in the Death series; a festive feast of darkness (but with jolly robots and tinsel too).