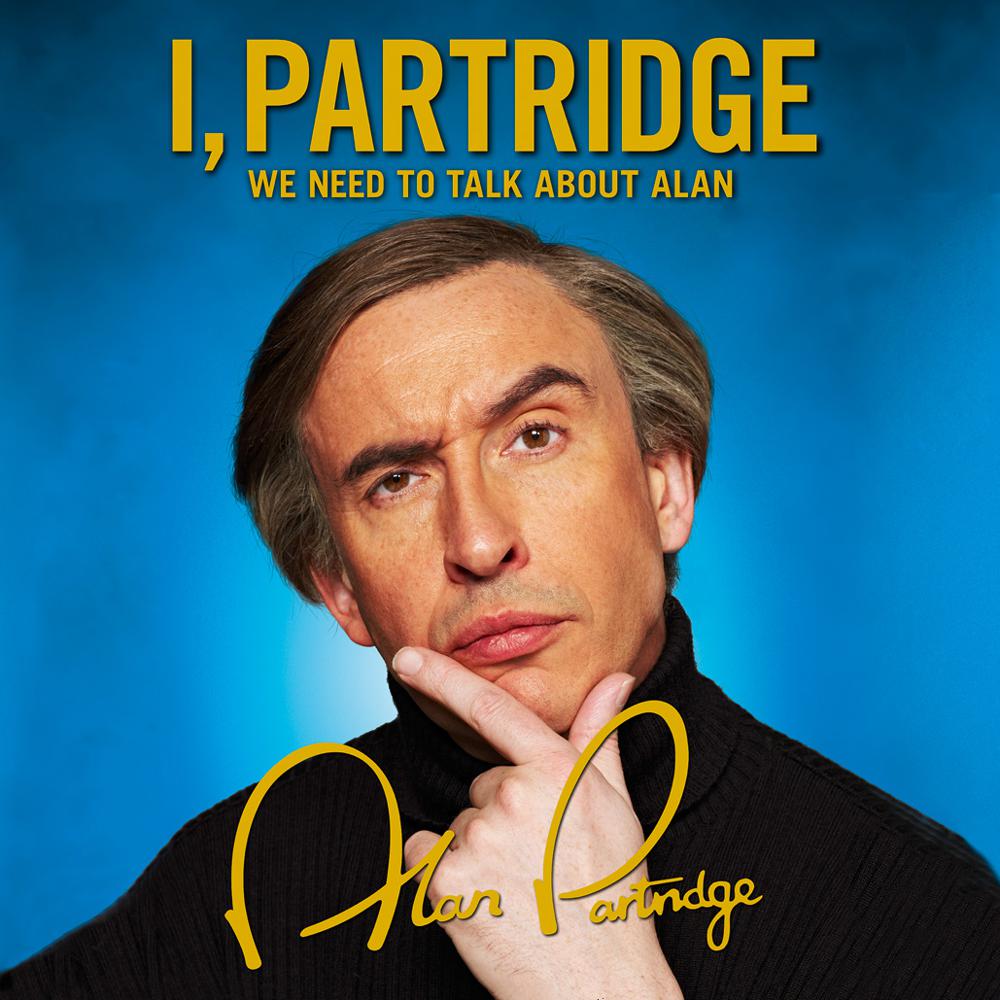 I, Partridge: We Need To Talk About Alan

Journalist, presenter, broadcaster, husband, father, vigorous all-rounder – Alan Partridge – a man with a fascinating past and an amazing future. Gregarious and popular, yet Alan’s never happier than when relaxing in his own five-bedroom, south-built house with three acres of land and access to a private stream. But who is this mysterious enigma?

Alan Gordon Partridge is the best – and best-loved – radio presenter in the region. Born into a changing world of rationing, Teddy Boys, apes in space and the launch of ITV, Alan’s broadcasting career began as chief DJ of Radio Smile at St. Luke’s Hospital in Norwich. After replacing Peter Flint as the presenter of Scout About, he entered the top 8 of BBC sports presenters.

But Alan’s big break came with his primetime BBC chat show Knowing Me, Knowing You. Sadly, the show battled against poor scheduling, having been put up against News at Ten, then in its heyday. Due to declining ratings, a single catastrophic hitch (the killing of a guest on air) and the dumbing down of network TV, Alan’s show was cancelled. Not to be dissuaded, he embraced this opportunity to wind up his production company, leave London and fulfil a lifelong ambition to return to his roots in local radio.

Now single, Alan is an intensely private man but he opens up, for the second time, in this candid, entertaining, often deeply emotional – and of course compelling – memoir, written entirely in his own words. (Alan quickly dispelled the idea of using a ghost writer. With a grade B English Language O-Level, he knew he was up to the task.)

He speaks touchingly about his tragic Toblerone addiction, and the painful moment when unsold copies of his first autobiography, Bouncing Back, were pulped like ‘word porridge’. He reveals all about his relationship with his ex-Ukrainian girlfriend, Sonja, with whom he had sex at least twice a day, and the truth about the thick people who make key decisions at the BBC.

A literary tour de force, I, Partridge: We Need to Talk About Alan charts the incredible journey of one of our greatest broadcasters.