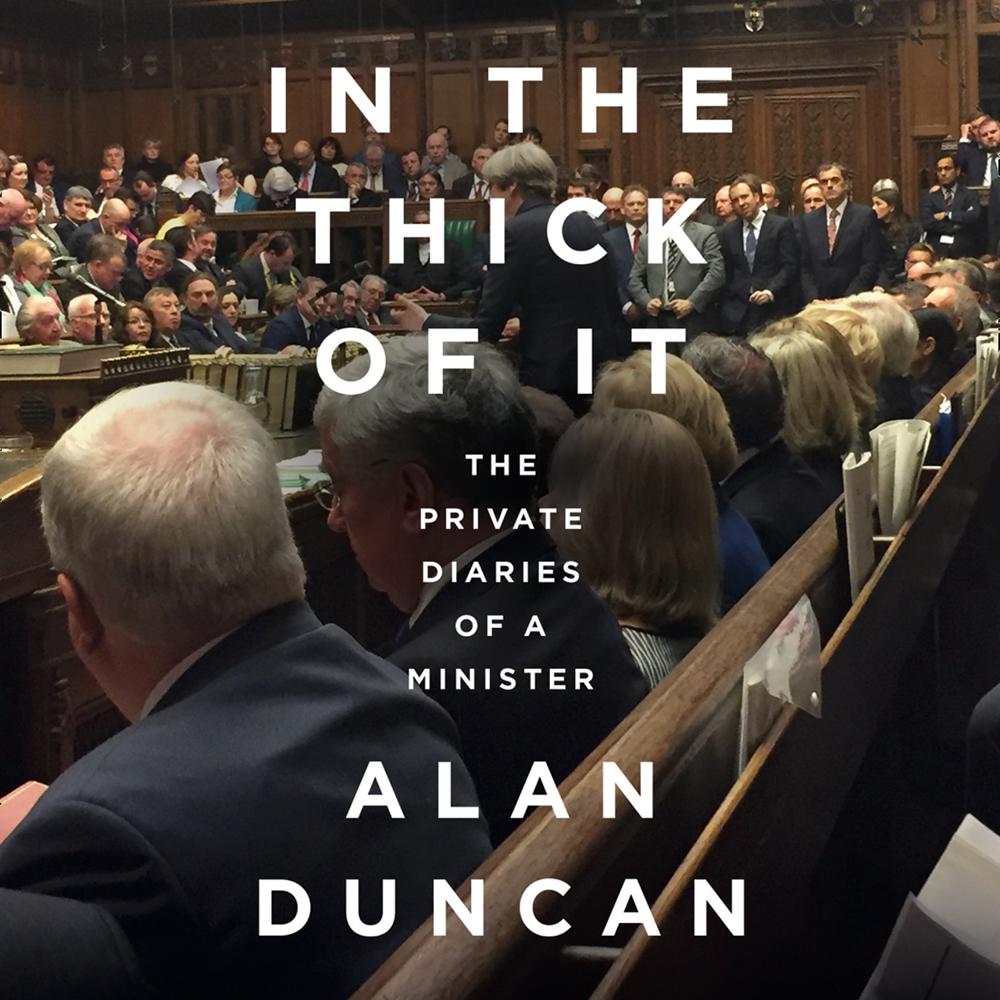 In the Thick of It

‘Sensational … One of the most explosive political diaries ever to be published … As candid, caustic and colourful as the sensational Alan Clark Diaries of the 1990s’ DAILY MAIL

As Minister of State at the Foreign Office, Alan Duncan was once described as Boris Johnson’s ‘pooper-scooper’. For two years, he deputised for the then Foreign Secretary, now Prime Minister. Few are more attuned to Boris’s strengths and weaknesses as a minister and his suitability for high office than the man who helped clear up his mistakes.

Riotously candid, these diaries cover the most turbulent period in recent British political history – from the eve of the referendum in 2016 to the UK’s eventual exit from the EU. As two prime ministers fall, two general elections unfold and a no-confidence vote is survived, Duncan records a treasure-trove of insider gossip, giving biting and often hilarious accounts of petty rivalries, poor decision-making, big egos, and big crises.

Nothing escapes Alan’s acerbic gaze. Across these unfiltered daily entries, he builds a revealing and often profound picture of UK politics and personalities. A rich seam of high politics and low intrigue, this is an account from deep inside the engine room of power.