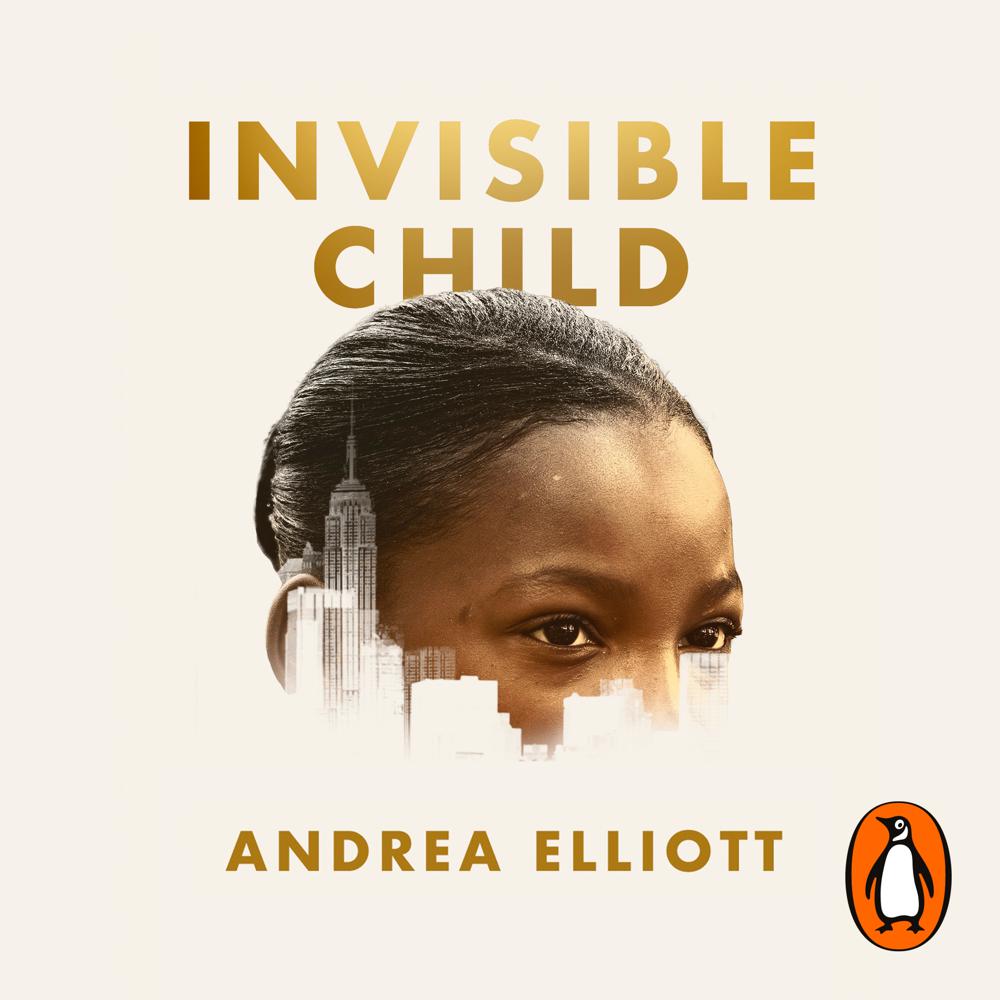 Based on nearly a decade of reporting, Invisible Child follows eight dramatic years in the life of Dasani Coates, a child with an imagination as soaring as the skyscrapers near her Brooklyn homeless shelter. Born at the turn of a new century, Dasani is named for the bottled water that comes to symbolise Brooklyn’s gentrification and the shared aspirations of a divided city. As Dasani moves with her family from shelter to shelter, this story traces the passage of Dasani’s ancestors from slavery to the Great Migration north.

Dasani comes of age as New York City’s homeless crisis is exploding. In the shadows of this new Gilded Age, Dasani leads her seven siblings through a thicket of problems: hunger, parental drug addiction, violence, housing instability, segregated schools and the constant monitoring of the child-protection system.

When, at age thirteen, Dasani enrolls at a boarding school in Pennsylvania, her loyalties are tested like never before. Ultimately, she faces an impossible question: What if leaving poverty means abandoning the family you love?

By turns heartbreaking and revelatory, provocative and inspiring, Invisible Child tells an astonishing story about the power of resilience, the importance of family and the cost of inequality.

With compassion and curiosity, [Elliott] uses the story of Dasani to make visible the cycles of poverty, inequity, and resilience that plague families across the United States … This is a remarkable achievement that speaks to the heart and conscience of a nation. – Publishers Weekly