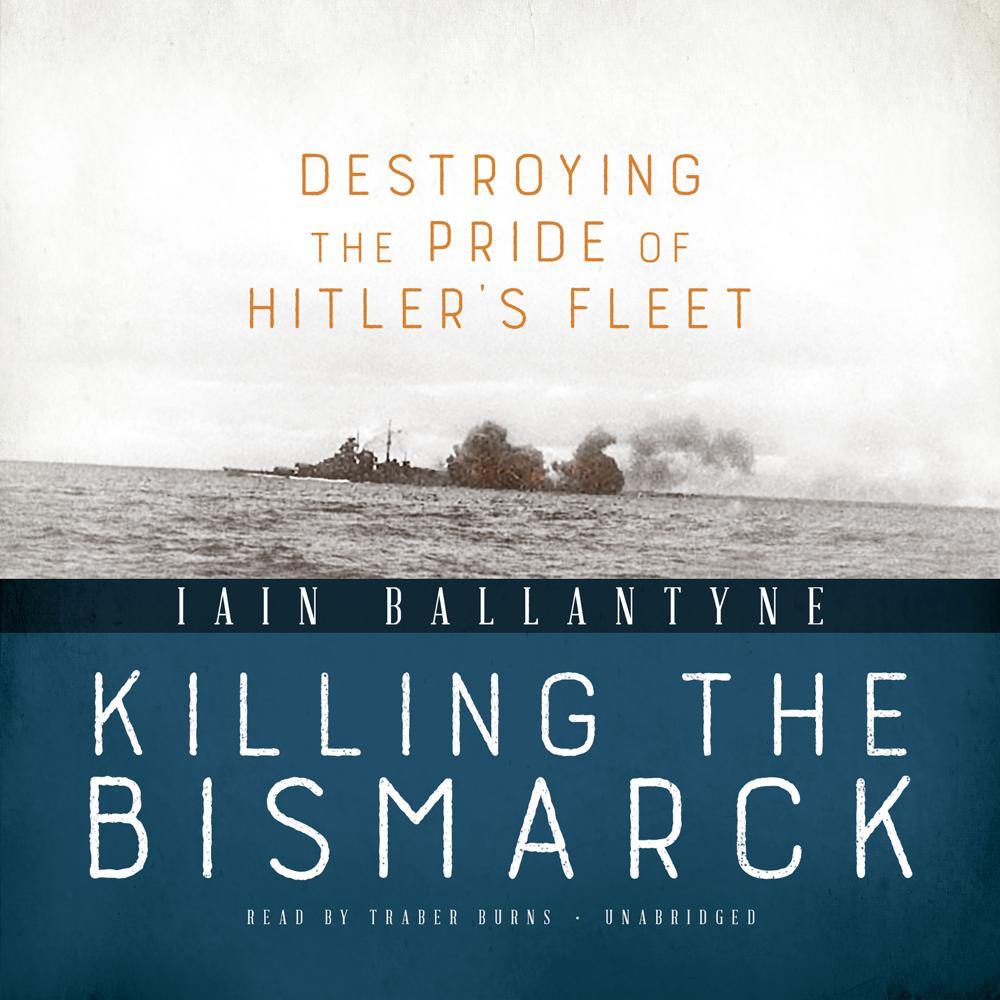 In May 1941, the German battleship Bismarck, accompanied by heavy cruiser Prinz Eugen, broke out into the Atlantic to attack Allied shipping. The Royal Navy’s pursuit and subsequent destruction of the Bismarck was an epic of naval warfare. In this new account of those dramatic events at the height of the Second World War, Iain Ballantyne draws extensively on the graphic eyewitness testimony of veterans to construct a thrilling story, mainly from the point of view of the British battleships, cruisers, and destroyers involved.

He describes the tense atmosphere as cruisers play a lethal cat-and-mouse game as they shadow Bismarck in the icy Denmark Strait. We witness the shocking destruction of the British battle cruiser HMS Hood, in which all but three of her ship’s complement were killed, an event that fueled pursuing Royal Navy warships, including the battered battleship Prince of Wales, with a thirst for revenge. While Swordfish torpedo-bombers try desperately to cripple the Bismarck, we sail in destroyers on their own daring torpedo attacks, battling mountainous seas. Finally, the author takes us into the last showdown, as battleships Rodney and King George V, supported by cruisers Norfolk and Dorsetshire, destroy the pride of Hitler’s fleet.

This vivid, superbly researched account portrays this epic saga through the eyes of so-called “ordinary sailors” caught up in extraordinary events. Killing the Bismarck is an outstanding book, conveying the horror and majesty of war at sea in all its cold brutality and awesome power.