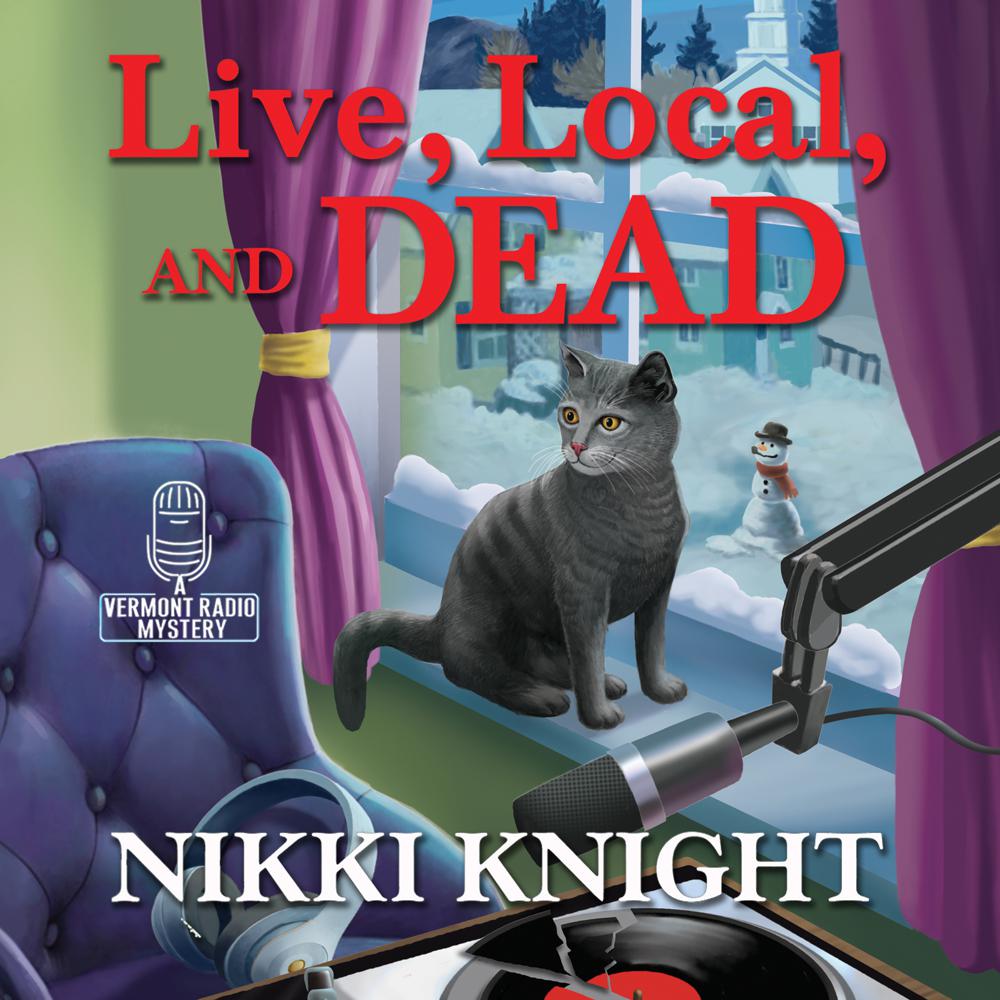 In a fit of anger, radio DJ Jaye Jordan blows a snowman’s head off with a Revolutionary War-style musket. But the corpse that tumbles out is all too human. Jaye thought life would be quieter when she left New York City and bought a tiny Vermont radio station. But now Edwin Anger—the ranting and raving radio talk-show host who Jaye recently fired—lies dead in the snow. And the Edwin Anger fans who protested his dismissal are sure she killed him. To clear her name, Jaye must find the real killer, as if she doesn’t have her hands full running the radio station, DJing her all-request love-song show, and shuttling tween daughter Ryan to and from school. It doesn’t make matters easier that the governor—Jaye’s old crush—arrived on the scene before the musket smoke cleared. Fortunately, Jaye has allies… if you count the flatulent moose that lives in the transmitter shack and the giant gray cat that lives at the station. If Jaye can turn the tables on the devious killer, she and the governor may get to make some sweet sweet music together. But if she can’t, she’ll be off the air… permanently.