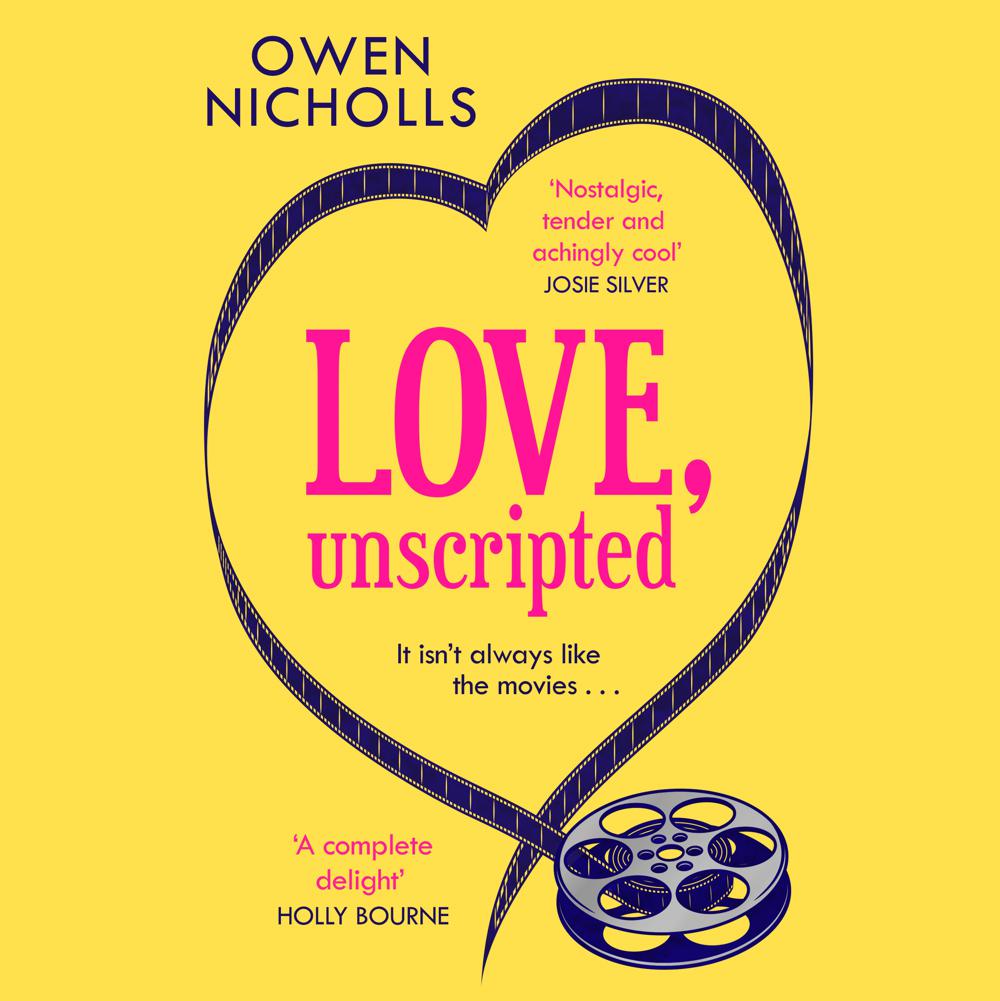 Owen Nicholls’ Love, Unscripted follows film projectionist Nick as he tries to understand the difference between love on the silver screen and love in real life. Perfect for fans of romcoms, David Nicholls and Nick Hornby.

‘Sometimes a book comes along and it feels dusted with magic – Love, Unscripted is one of those books. Nostalgic, tender and achingly cool’ Josie Silver, author of One Day in December

For the last four years, Nick’s life has been picture-perfect.

He’s been working his dream job as a film projectionist and he’s been dating Ellie, the love of his life and the coolest woman he’s ever met. It took a while, but this hopeless romantic finally found a love story to rival the big screen.

Until, one day, Ellie moves out.

Stunned by the end of their cinematic romance, Nick rewinds to the first night they met. Maybe if he can freeze-frame their happiest moments, he can work out why Ellie had to leave him behind.

Before the credits roll, will Nick become the hero of his own romantic comedy, or is it finally time for him to step out of the frame?

‘The book equivalent of a classic rom-com’
CULTUREFLY

‘A gorgeous rom-com’
KATE DAVIES, AUTHOR OF IN AT THE DEEP END

‘If When Harry Met Sally and High Fidelity had a book baby, this would be it’
EMMA COOPER, AUTHOR OF THE SONGS OF US

‘This will tug at your heartstrings’
BEST MAGAZINE