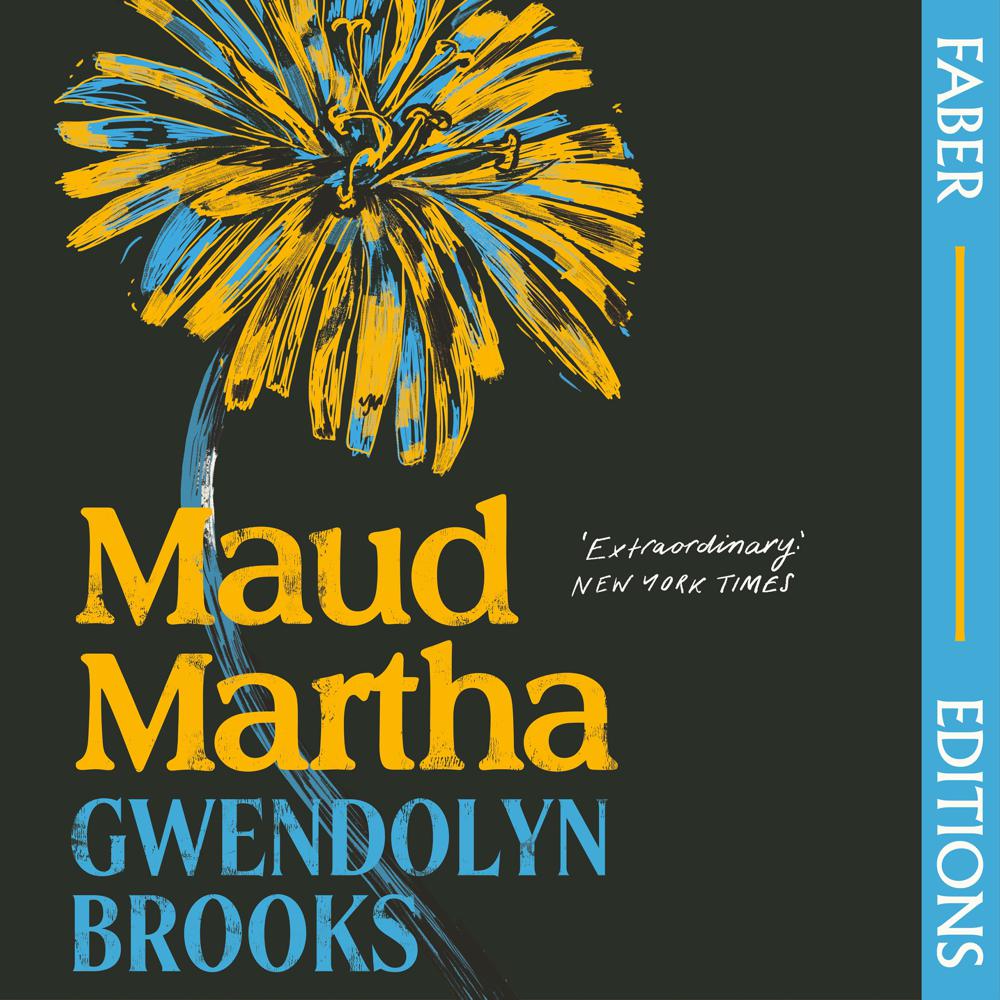 Gwendolyn Brooks (1917 – 2000) was an American poet, educator, and civil rights activist based in Chicago. Her first collection, A Street in Bronzeville (1945), was greeted with critical acclaim and a Guggenheim fellowship. Annie Allen (1949) won the Pulitzer Prize in 1950, making her the first ever Black author to do so; and her only novel, Maud Martha, was published in 1953. In The Mecca (1968) was nominated for the National Book Award, the same year she was appointed Poet Laureate of Illinois. Brooks was an inspiring role model and active participant in the 1960s and 1970s Black Arts Movement, leaving an international house to join the up-and-coming Black publisher Broadside Press. In 1976, she became the first Black woman inducted into the American Academy of Arts and Letters; and in 1985, the first to become Library of Congress Consultant in Poetry. She also published two volumes of autobiography and a book for children, and won a National Endowment for the Arts Lifetime Achievement Award. In 1939, Brooks had married Henry Lowington Blakely, Jr, whom she met after joining Chicago’s NAACP Youth Council, and they had two children. Throughout her life, Brooks taught young writers and held numerous academic posts – she was awarded over seventy honorary degrees – and became a professor of English at Chicago State University in 1990 until her death in 2000.