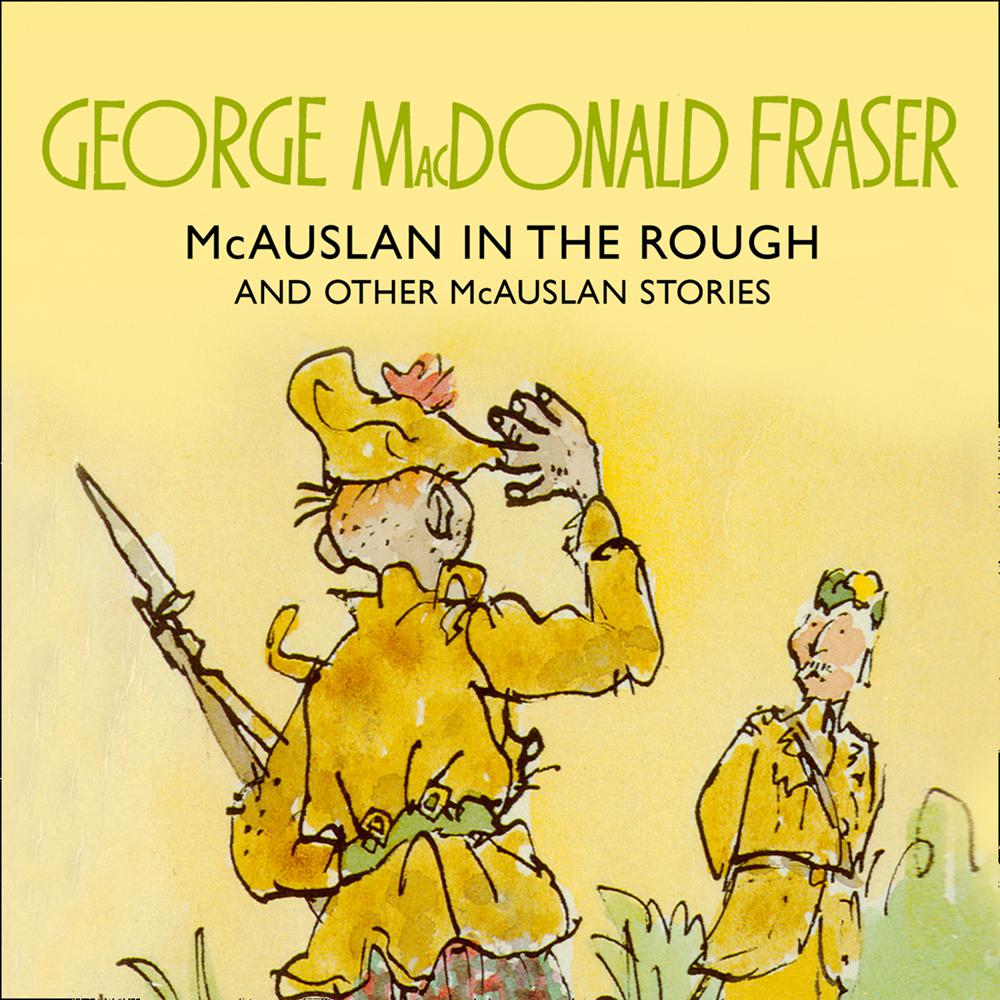 McAuslan in the Rough

Private McAuslan was ‘the biggest walking disaster to hit the Army’. Loosely based on his own experiences in a Scottish regiment, and written with rare humour, a sense of the ludicrous and real affection for soldiering, the second volume of George MacDonald Fraser’s McAuslan trilogy now finally comes to life on audio.

Private McAuslan, J. – the Dirtiest Soldier in the World (alias the Tartan Caliban) – will be joyfully familiar to readers of THE GENERAL DANCED AT DAWN, the first volume of George MacDonald Fraser’s stories of life in a Scottish regiment. Unwashed, unbuttoned, and dropping pieces of soiled equipment as he came, civilian readers may regard him with shocked disbelief. But generations of ex-servicemen have already hailed him with delight as an familiar friend – because every old soldier can remember a McAuslan!

McAUSLAN IN THE ROUGH, the second volume of stories featuring ‘Old Private Piltdown’ (as the court-martial defence called him), includes such episodes as the desert mystery of Fort Yarhuna, the Great Regimental Quiz, the search for a deserter in a native town threatened by epidemic, McAuslan in love, and his finest and funniest hour – as a caddy to that rugged Caledonian eminence, the Regimental Sergeant-Major, in a golf game whose importance makes the Open Championship look like a seaside putting competition.

Based on MacDonald Fraser’s own experiences in the Border Regiment and the Gordon Highlanders, these affectionate tales of British Army life demonstrate the celebrated author of the swashbuckling FLASHMAN series at his hilarious best.