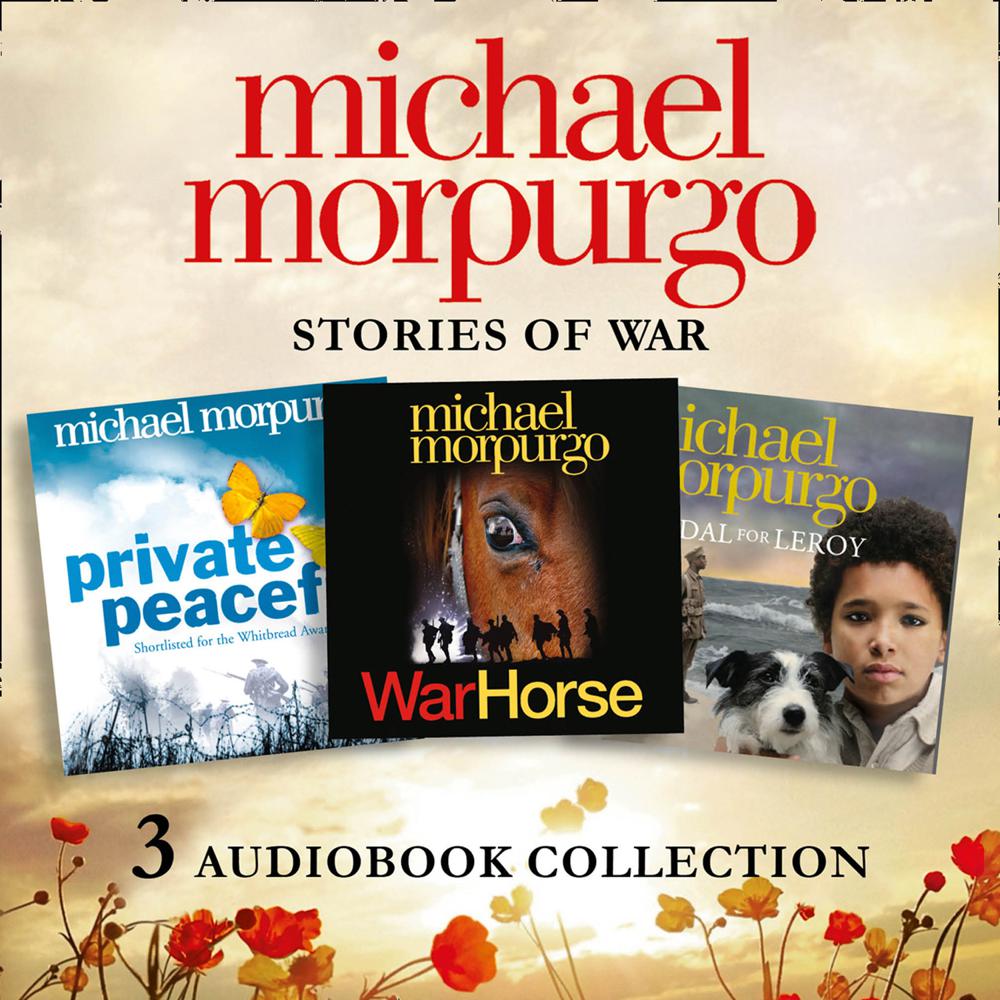 Three classic wartime tales of identity, revelation and love that capture the power and scope of the human spirit.

WAR HORSE
At the outbreak of World War 1, Joey, young Albert’s beloved horse, is sold to the cavalry and shipped to France. He’s soon caught up in enemy fire and fate takes him on an extraordinary odyssey, serving on both sides before finding himself alone in no man’s land. But Albert cannot forget Joey and, still not old enough to enlist, he embarks on a treacherous mission to the trenches to find him and bring him home.

PRIVATE PEACEFUL .
Told in the voice of a young soldier, the story follows 24 hours in his life at the front during WW1 and captures his memories as he looks back over his life. Full of stunningly researched detail and engrossing atmosphere, the book leads to a dramatic and moving conclusion.

A MEDAL FOR LEROY
Michael doesn’t remember his father, an RAF pilot lost in the war. And his French mother, heartbroken and passionate, doesn’t like to talk about her husband. But then Auntie Snowdrop gives Michael a medal, followed by a photograph, which begin to reveal a hidden history.

A story of love and loss inspired by the true story of Walter Tull, the first black officer in the British army.