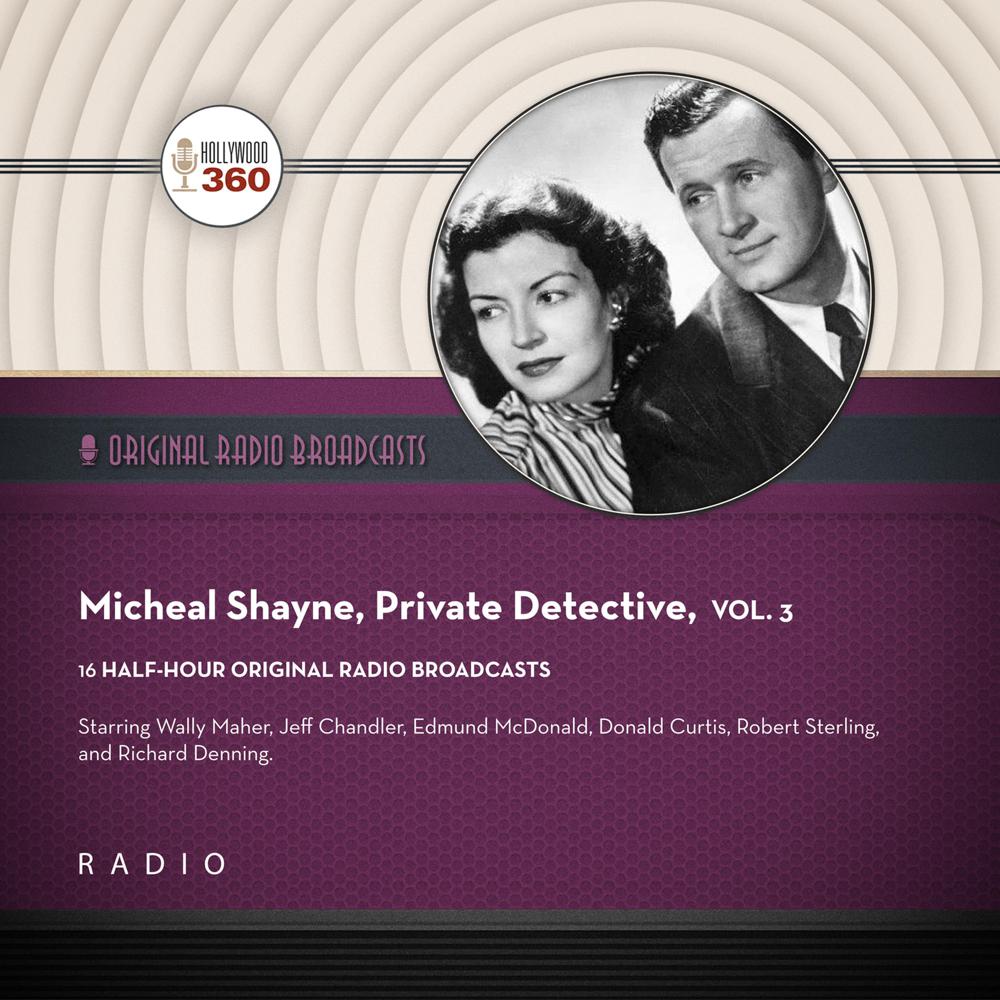 Michael Shayne, “the reckless, red-headed Irishman,” was a popular hard-boiled detective created by crime novelist Brett Halliday. Mike settled in Miami just after WWII, making crime pay by fighting it with a license and an attitude. Like Mike Hammer and Philip Marlowe, Shayne was a loner. The backstory on Mike is that he was happily married, but suddenly his wife is tragically murdered, and that hit him hard. Grief-stricken, Shayne loses himself in his work as a private eye, prowling the dark streets of Miami seeking out his style of revenge on injustice. The radio version of Mike’s exploits debuted as Michael Shayne, Private Detective in the fall of 1944 with Wally Maher in the title role. In 1948, Mutual radio debuted The New Adventures of Michael Shayne starring movie star Jeff Chandler. Others to portray Shayne on radio included Edmund McDonald, Donald Curtis, and Robert Sterling. Richard Denning, who had starred for years on the radio comedy series My Favorite Husband opposite Lucille Ball, portrayed Mike Shayne in a 1960’s TV version. Enjoy sixteen half-hour episodes of one of the best detective shows ever heard on radio.