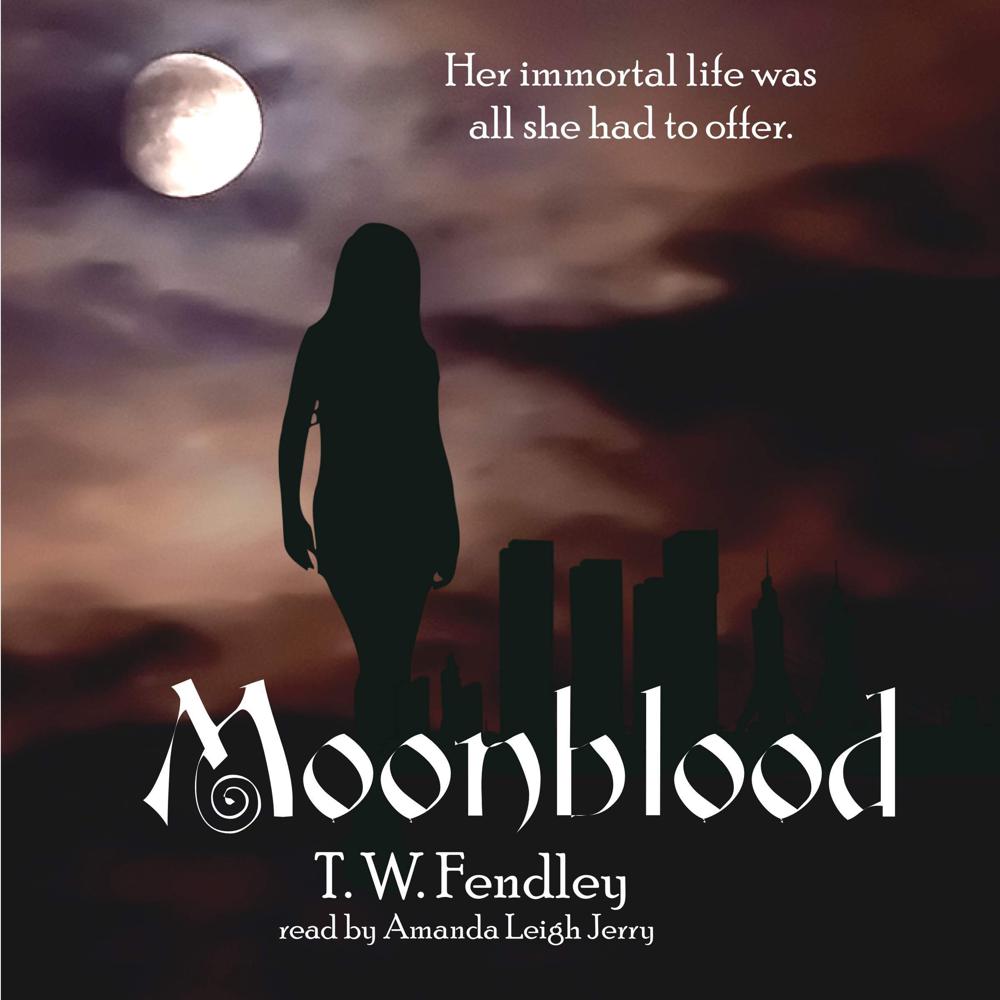 Who wants to live a century before seeing the outside world? Not Ariadne.

Restless and idealistic, the young immortal sneaks out of the Eves’ secret compound and finds the outside world more dangerous than she could have imagined. Cut off from her own kind and hunted by mortals, she is forced to hide among the Adams, the immortal sons born of her sisters.

But the Adams have sinister plans of their own. Ariadne must find a way to stop them, even if it means sacrificing her immortal life.Written by award-winning author T. W. Fendley and rivetingly narrated by Amanda Leigh Jerry, Moonblood is a deeply thought-provoking and exciting near-future adventure.