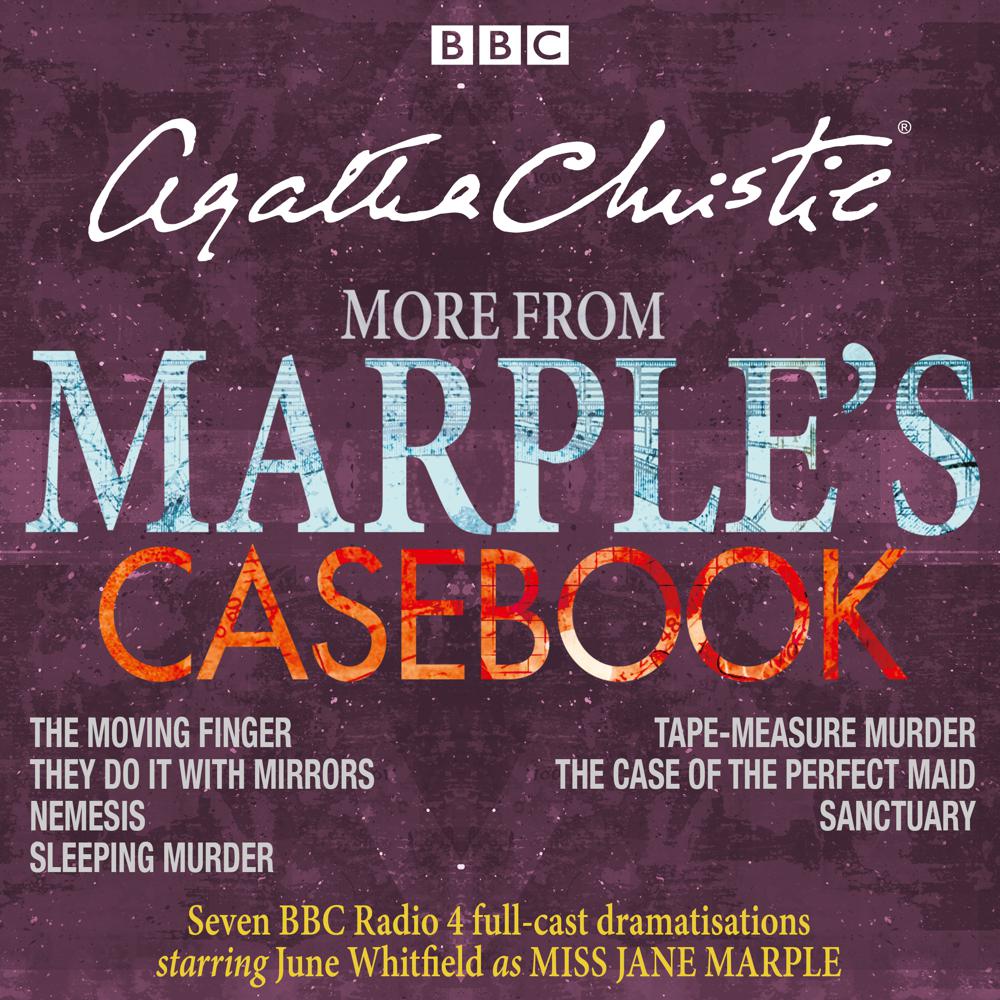 The Moving Finger
Miss Marple must find out who is behind an outbreak of hate mail and a tragic death.

They Do It With Mirrors
Visiting an old friend at Stoneygates School, Miss Marple senses danger.

Nemesis
A posthumous letter sends the spinster sleuth on a mystery tour to find a murderer.

Tape-Measure Murder
A wife is killed, her husband is under suspicion – and Miss Marple is called to provide an alibi.

The Case of the Perfect Maid
The sharp-witted sleuth looks into the problem of a lady’s maid who has been mysteriously sacked.

Sanctuary
An unknown man dies in the local church – can Miss Marple deduce his identity from
his last words?

The Moving Finger, They Do It With Mirrors, Nemesis and Sleeping Murder dramatised by Michael Bakewell and directed by Enyd Williams

Tape-Measure Murder, The Case of the Perfect Maid and Sanctuary dramatised by Joy Wilkinson and directed by Gemma Jenkins