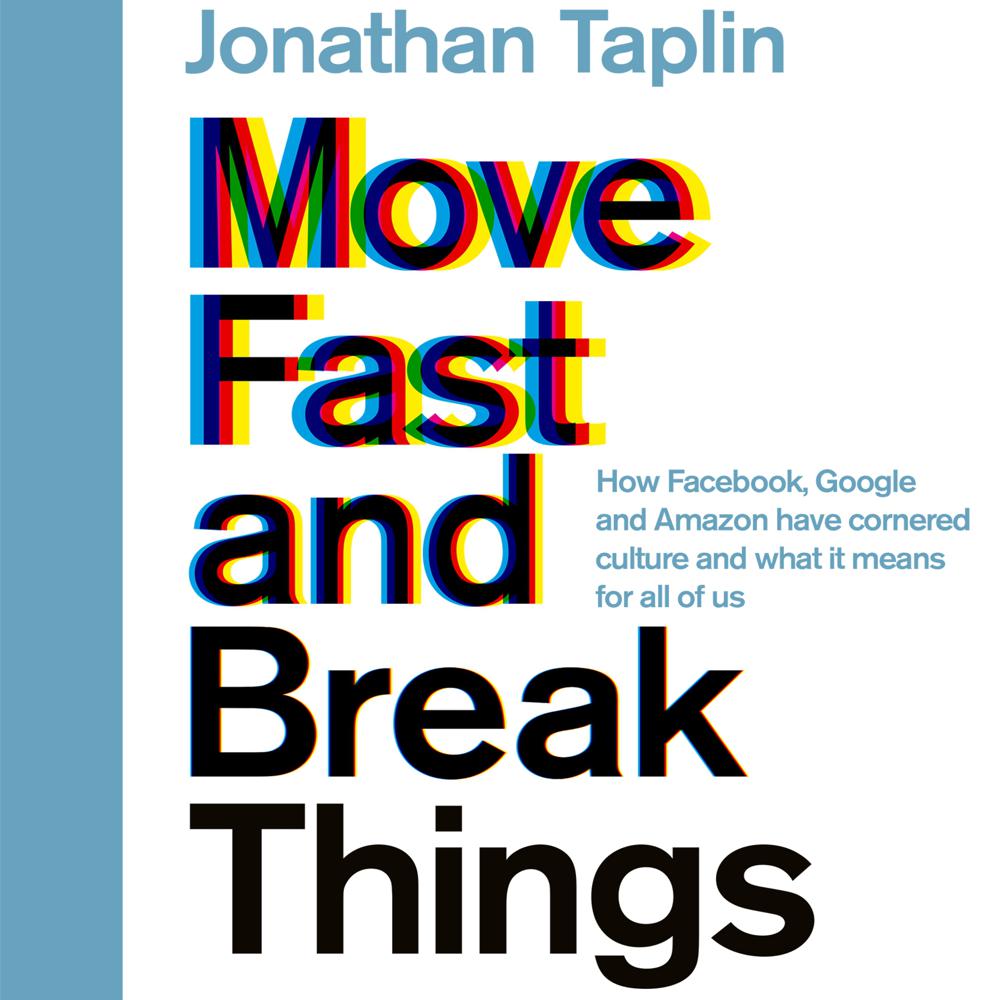 A Financial Times ‘Best Thing I Read This Year’ 2017

LONGLISTED FOR THE FT & MCKINSEY BUSINESS BOOK OF THE YEAR AWARD

Google. Amazon. Facebook. The modern world is defined by vast digital monopolies turning ever-larger profits. Those of us who consume the content that feeds them are farmed for the purposes of being sold ever more products and advertising. Those that create the content – the artists, writers and musicians – are finding they can no longer survive in this unforgiving economic landscape.

But it didn’t have to be this way.

In Move Fast and Break Things, Jonathan Taplin offers a succinct and powerful history of how online life began to be shaped around the values of the entrepreneurs like Peter Thiel and Larry Page who founded these all-powerful companies. Their unprecedented growth came at the heavy cost of tolerating piracy of books, music and film, while at the same time promoting opaque business practices and subordinating the privacy of individual users to create the surveillance marketing monoculture in which we now live.

It is the story of a massive reallocation of revenue in which $50 billion a year has moved from the creators and owners of content to the monopoly platforms. With this reallocation of money comes a shift in power. Google, Facebook and Amazon now enjoy political power on par with Big Oil and Big Pharma, which in part explains how such a tremendous shift in revenues from creators to platforms could have been achieved and why it has gone unchallenged for so long.

And if you think that’s got nothing to do with you, their next move is to come after your jobs.
Move Fast and Break Things is a call to arms, to say that is enough is enough and to demand that we do everything in our power to create a different future.