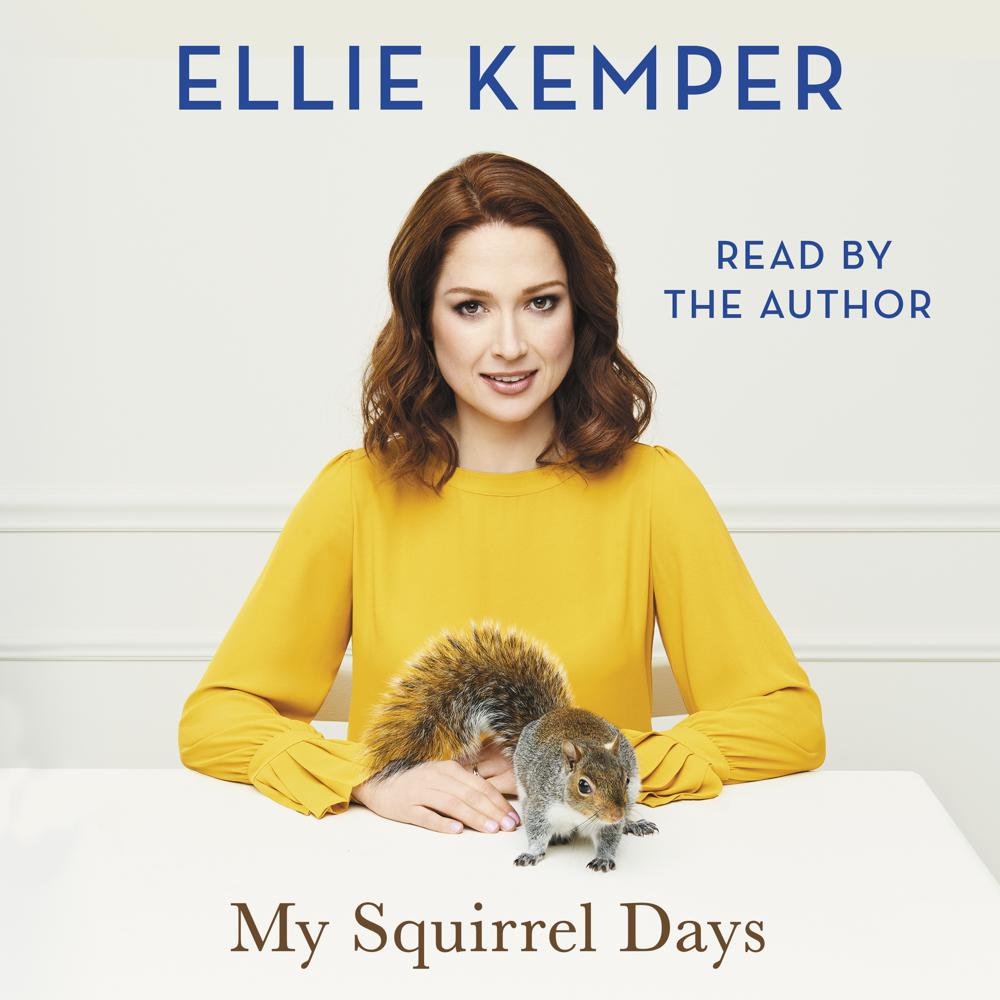 Comedian and star of The Office and Unbreakable Kimmy Schmidt Ellie Kemper delivers a hilarious and uplifting collection of essays about one pale woman’s journey from Midwestern naïf to Hollywood semi-celebrity to outrageously reasonable New Yorker.

There comes a time in every sitcom actress’s life when she is faced with the prospect of writing a book. When Ellie Kemper’s number was up, she was ready. Contagiously cheerful, predictably wholesome, and mostly inspiring except for one essay about her husband’s feet, My Squirrel Days is a funny, free-wheeling tour of Ellie’s life-from growing up in suburban St. Louis with a vivid imagination and a crush on David Letterman to moving to Los Angeles and accidentally falling on Doris Kearns Goodwin.

But those are not the only famous names dropped in this synopsis. Ellie will also share stories of inadvertently insulting Ricky Gervais at the Emmy Awards, telling Tina Fey that she has “great hair-really strong and thick,” and offering a maxi pad to Steve Carell. She will take you back to her childhood as a nature lover determined to commune with squirrels, to her college career as a benchwarming field hockey player with no assigned position, and to her young professional days writing radio commercials for McDonald’s but never getting paid. Ellie will guide you along her journey through adulthood, from unorganized bride to impatient wife to anxious mother who-as recently observed by a sassy hairstylist-“dresses like a mom.” Well, sassy hairstylist, Ellie Kemper is a mom. And she has been dressing like it since she was four.