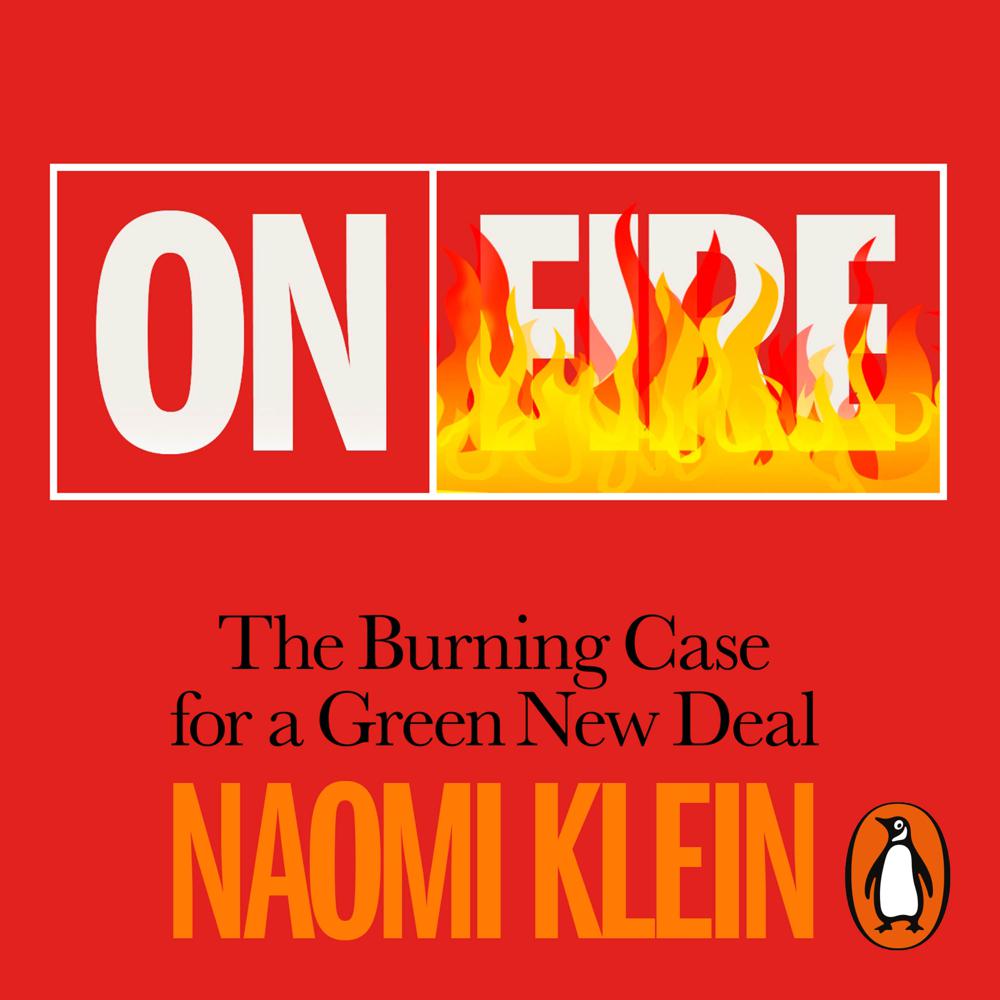 On Fire by Naomi Klein is read by Rebecca Lowman with an introduction read by the author.

For more than twenty years, Naomi Klein has been the foremost chronicler of the economic war waged on both people and planet – and the champion of a sweeping environmental agenda with justice at its centre. Her books have defined our era. On Fire gathers for the first time more than a decade of her impassioned writing from the frontline of climate change, and pairs it with new material on the staggeringly high stakes of what we choose to do next.

These essays, reports and lectures show Klein at her most prophetic and philosophical, investigating the climate crisis not only as a profound political challenge but also as a spiritual and imaginative one. Delving into topics ranging from the clash between ecological time and our culture of “perpetual now,” to rising white supremacy and fortressed borders as a form of “climate barbarism,” this is a rousing call to action for a planet on the brink.