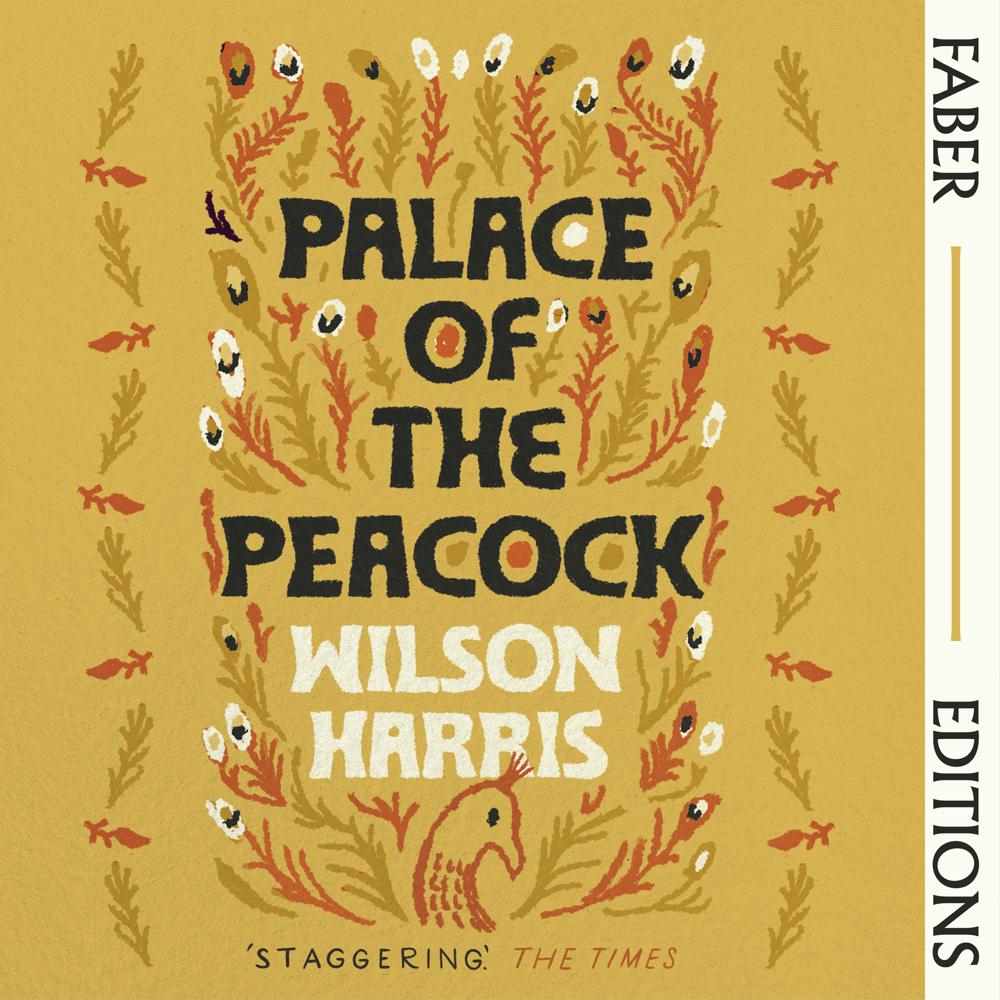 Palace of the Peacock (Faber Editions)

A radical landmark in Caribbean literature, reissued with a new foreword by Jamaica Kincaid to mark Wilson Harris’ centenary: this visionary masterpiece tracing the dreamlike voyage of a riverboat crew through the jungle defies definition sixty years on.

A crew of men are embarking on a voyage up a turbulent river through the rainforests of Guyana. Donne, their wild, domineering leader is obsessed with hunting for a mysterious woman and exploiting indigenous people as plantation labour. But their expedition is plagued by tragedies, haunted by drowned ghosts: spectres of the crew themselves, inhabiting a blurred shadowland between life and death. As their journey into the interior – their own hearts of darkness – deepens, it assumes a spiritual dimension, guiding them towards a new destination: the Palace of the Peacock …

A modernist fever dream; hallucinatory prose poem; modern myth; elegy to victims of colonial conquest: Wilson Harris’ visionary masterpiece has defied definition for over sixty years, and is reissued for a new generation of readers.

‘Staggering … Brilliant and terrifying.’ The Times

‘One of the great originals … Visionary … Dazzlingly illuminating.’ Guardian

‘Perhaps the most inimitable [writer] produced in the English-speaking Caribbean.’ Fred D’Aguiar

‘An extraordinary writer … Courageous and visionary … It speaks to us in tongues.’ Pauline Melville