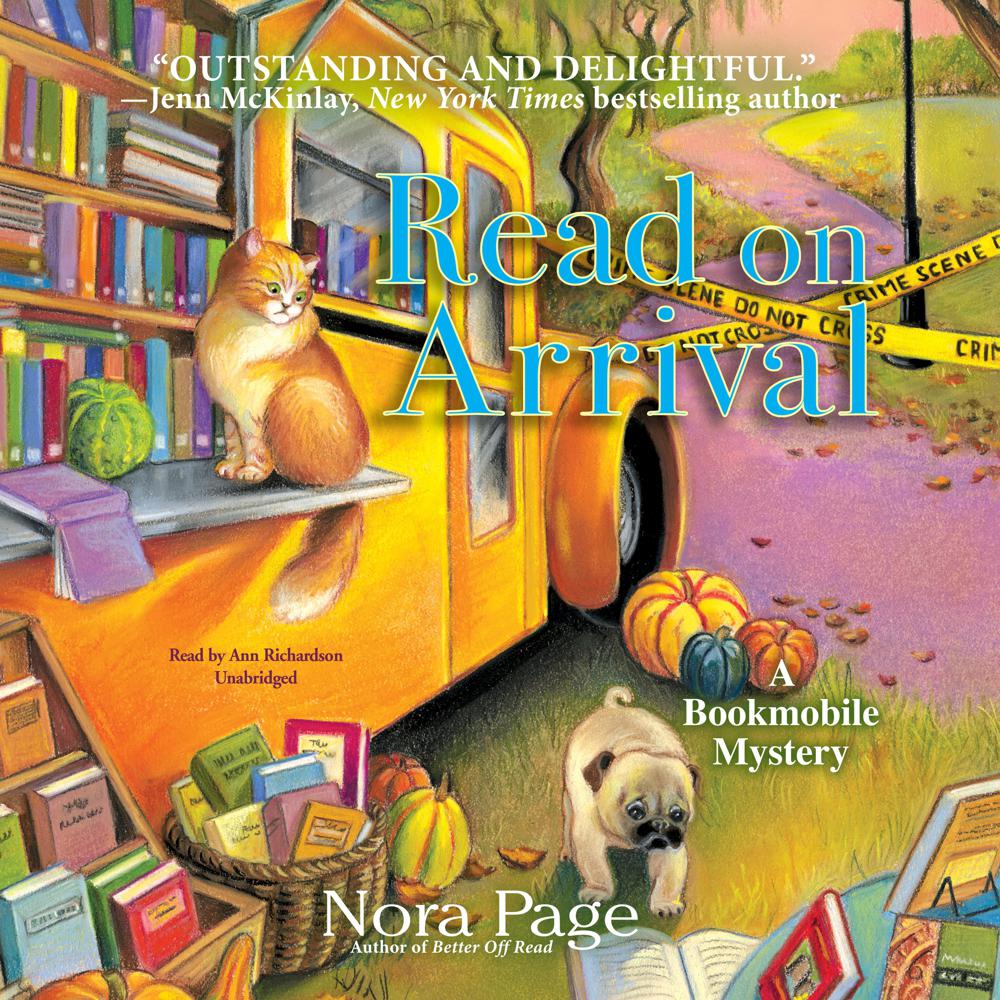 Death, deadly omens, and a decades-overdue book put senior librarian Cleo Watkins on a collision course with a killer in the second Bookmobile mystery.

Septuagenarian librarian Cleo Watkins believes in gracious manners, sweet tea, and justice—library justice. For over forty years, Cleo has tried every trick in the book to get delinquent patron Dixie Huddleston to return the most overdue volume in Catalpa Springs, Georgia. When Dixie says she’ll finally relinquish the book, Cleo is shocked. She’s even more startled by the reason: superstitious Dixie says she’s seen the signs—she’s about to die and is setting her affairs in order.

Cleo dismisses Dixie’s ominous omens … until she and her gentleman friend, Henry Lafayette, arrive at Dixie’s home to find her dead. Cleo suspects murder. The police agree, but promptly list Cleo among the likely culprits. To clear her good name and deliver justice, Cleo uses her librarian skills to investigate, with Henry and her trusty bookmobile cat, Rhett Butler, at her side.

However, the killer has opened a new chapter of terror. Death threats appear around town, and residents start seeing bad luck everywhere, including in Cleo and her beloved bookmobile Words on Wheels. With her bookmobile and legacy on the line, Cleo accelerates her sleuthing. Suspects and clues stack up, but so does the danger. Another death is coming due, and Cleo fears the killer may be about to turn the final page on someone she loves most.