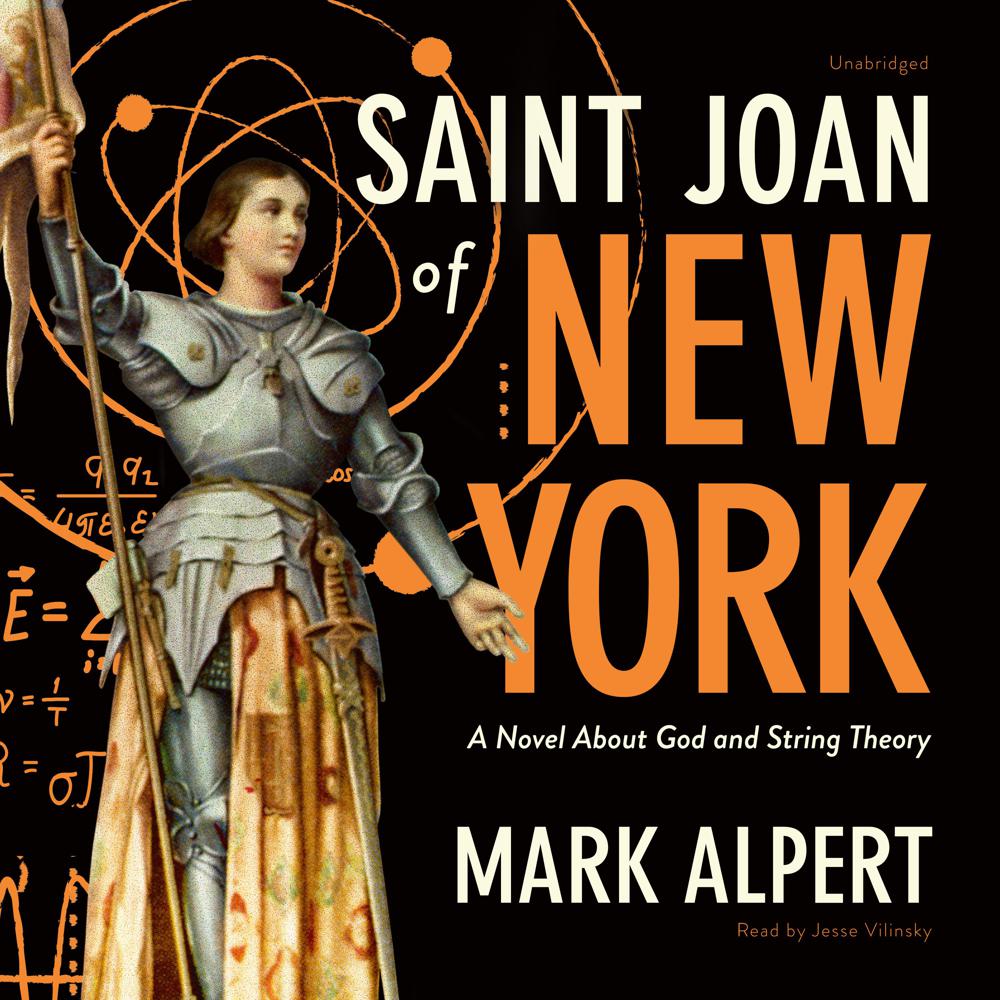 Saint Joan of New York is a novel about a math prodigy who becomes obsessed with discovering the Theory of Everything.

Joan Cooper is a seventeen-year-old genius who was traumatized by the death of her older sister and who tries to rebuild her shattered world by studying string theory and the efforts to unify the laws of physics. But as she tackles the complex equations, she falls prey to disturbing visions of a divine being who wants to help her unveil the universe’s mathematical design. Joan must enter the battle between science and religion, fighting for her sanity and a new understanding of the cosmos.