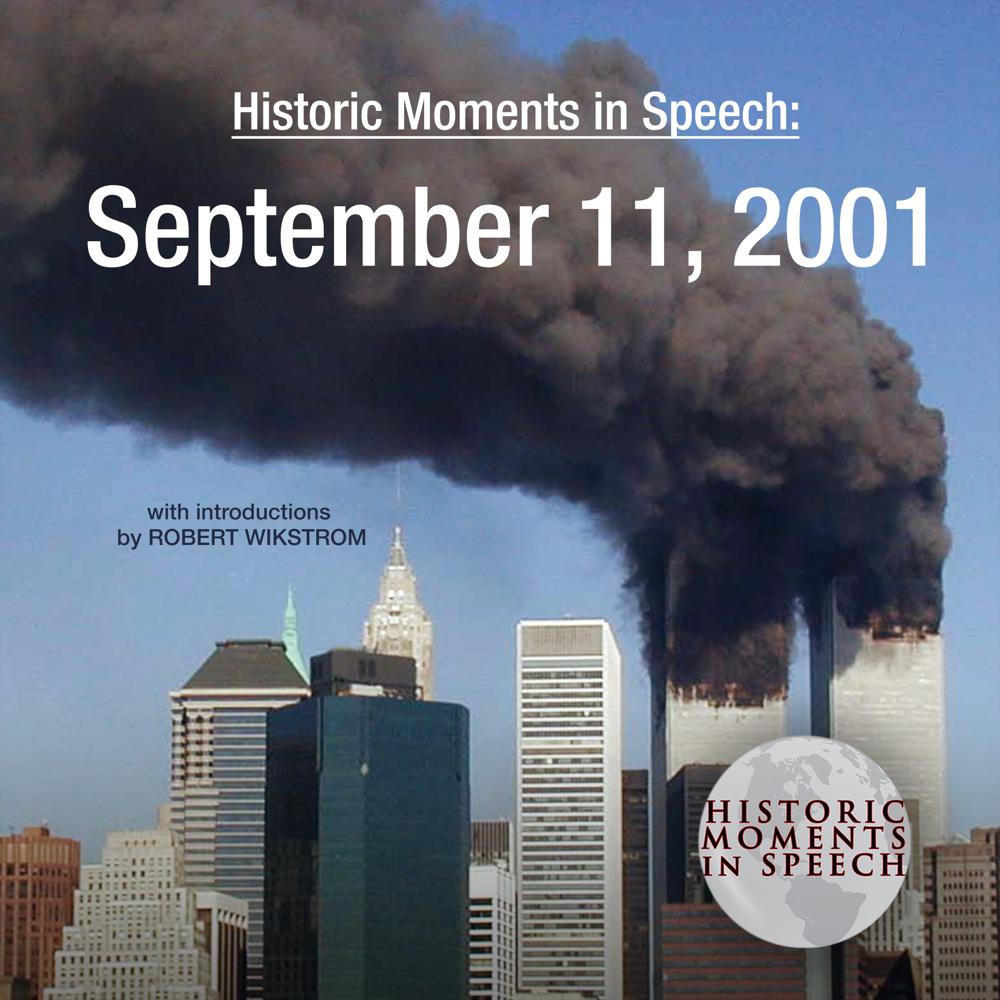 At 8:45 a.m. on September 11, 2001, an American Airlines Boeing 767 crashed into the north tower of the World Trade Center in New York City setting off a series of jet crashes, destruction, and lives lost. A tribute to that day includes memorable speeches by President George W. Bush announcing the attack to the American people and conveying his support with a bullhorn to rescuers, Mayor Rudy Giuliani addressing the UN, security advisor Condoleezza Rice before the 9/11 Commission, and more. Produced by the Speech Resource Company and fully narrated by Robert Wikstrom.