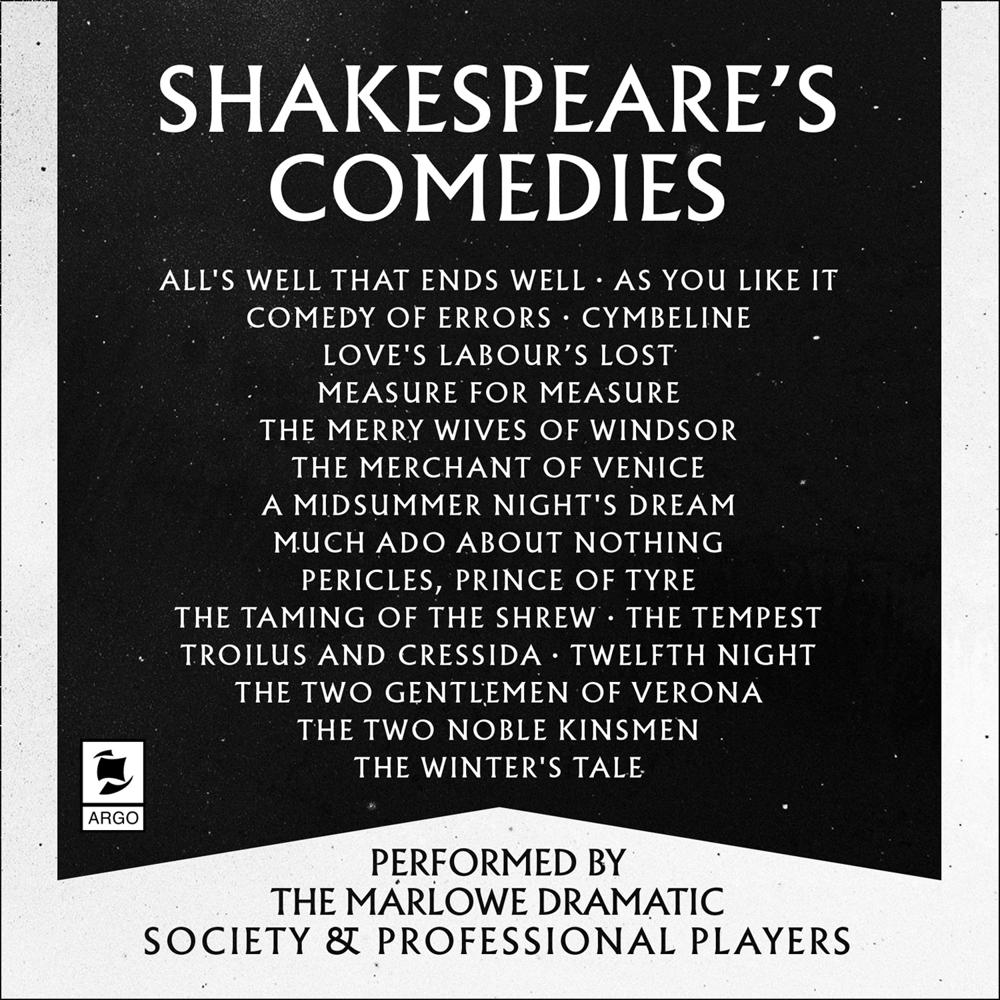 All 17 of Shakespeare’s timeless comedies, performed by the celebrated Marlowe Dramatic Society and Professional Players.

Young love, bawdiness, and exuberance are played out in these comedies that continue to make us laugh and cheer. Performed by an incredible array of the 20th century’s greatest actors, Marlowe alumni including Ian McKellen, Diana Rigg, Derek Jacobi, and Prunella Scales can be heard in these recordings.

This collection includes 17 comedies:
• All’s Well That Ends Well
• As You Like It
• Comedy of Errors
• Cymbeline
• Love’s Labour’s Lost
• Measure for Measure
• The Merry Wives of Windsor
• The Merchant of Venice
• A Midsummer Night’s Dream
• Much Ado About Nothing
• Pericles, Prince of Tyre
• The Taming Of The Shrew
• The Tempest
• Troilus And Cressida
• Twelfth Night
• The Two Gentlemen of Verona
• The Winter’s Tale

The full casts for each production in this collection can be found in the description of the individual play’s product page.