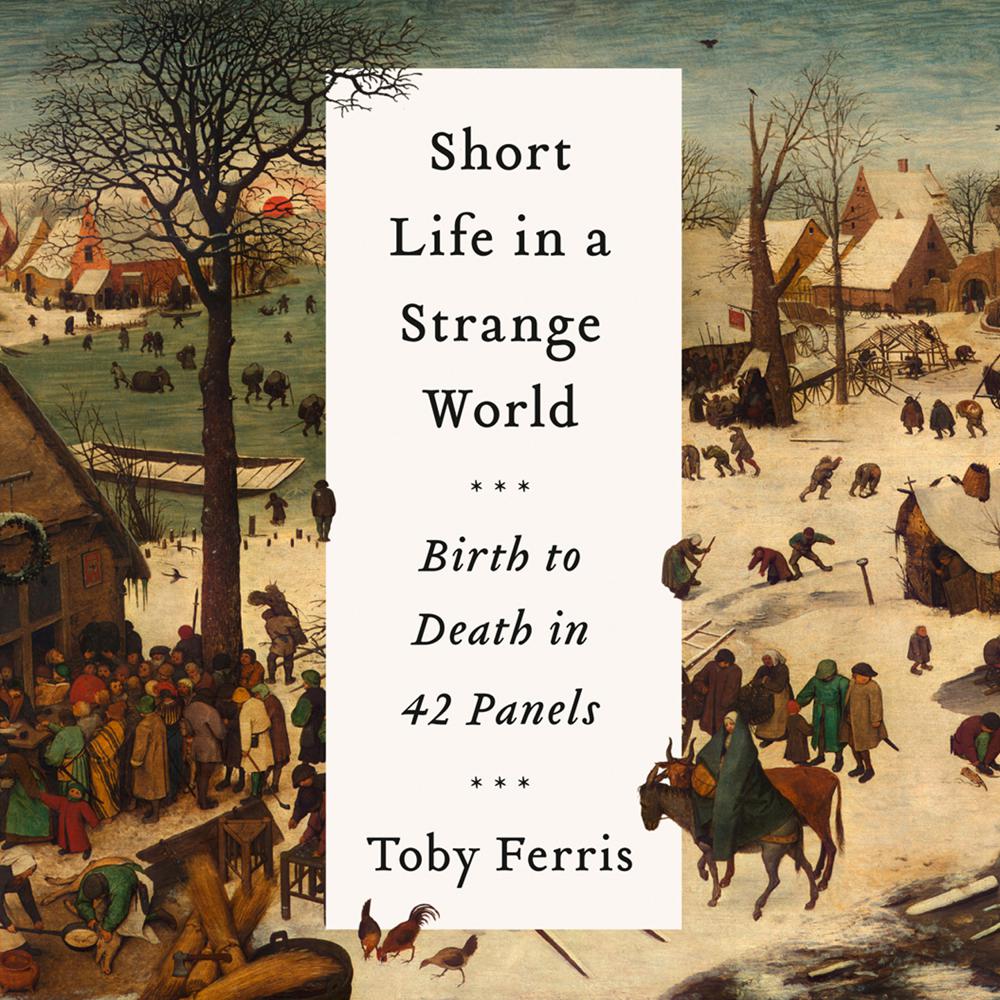 Short Life in a Strange World

Sure to be hailed alongside H is for Hawk and The Hare with Amber Eyes, an exceptional work that is at once an astonishing journey across countries and continents, an immersive examination of a great artist’s work, and a moving and intimate memoir.

At the age of 42, his father not long dead and his young sons growing fast, Toby Ferris set off on a seemingly quixotic mission to track down each of the 42 surviving paintings by Pieter Bruegel the Elder, who, at the age of 42, had been approaching the end of his own short life.

Over the next five years Ferris would travel to 22 galleries in 19 cities in 12 countries across 2 continents: Budapest to San Diego, Detroit to Naples, Berlin to Madrid, ticking off his Bruegels as he went.

The results of his journeying are a revelation: Bruegel’s panels, their landscapes teeming with robust life, become a lens through which Ferris takes stock of the world, informing everything from mortality, fatherhood, and contemporary life, to the bombing of Rotterdam, the extinction of North American megafauna, and how to ward off bears in the forest.

Short Life in a Strange World is a dazzlingly original hybrid of art criticism, philosophical reflection and poignant memoir, a book about one man’s obsession with Bruegel’s short life in a strange if familiar world, and the precisely-detailed yet cosmos-encompassing works in ink and oil which sprang from it.

And it begins with the story of a boy who fell from the sky.