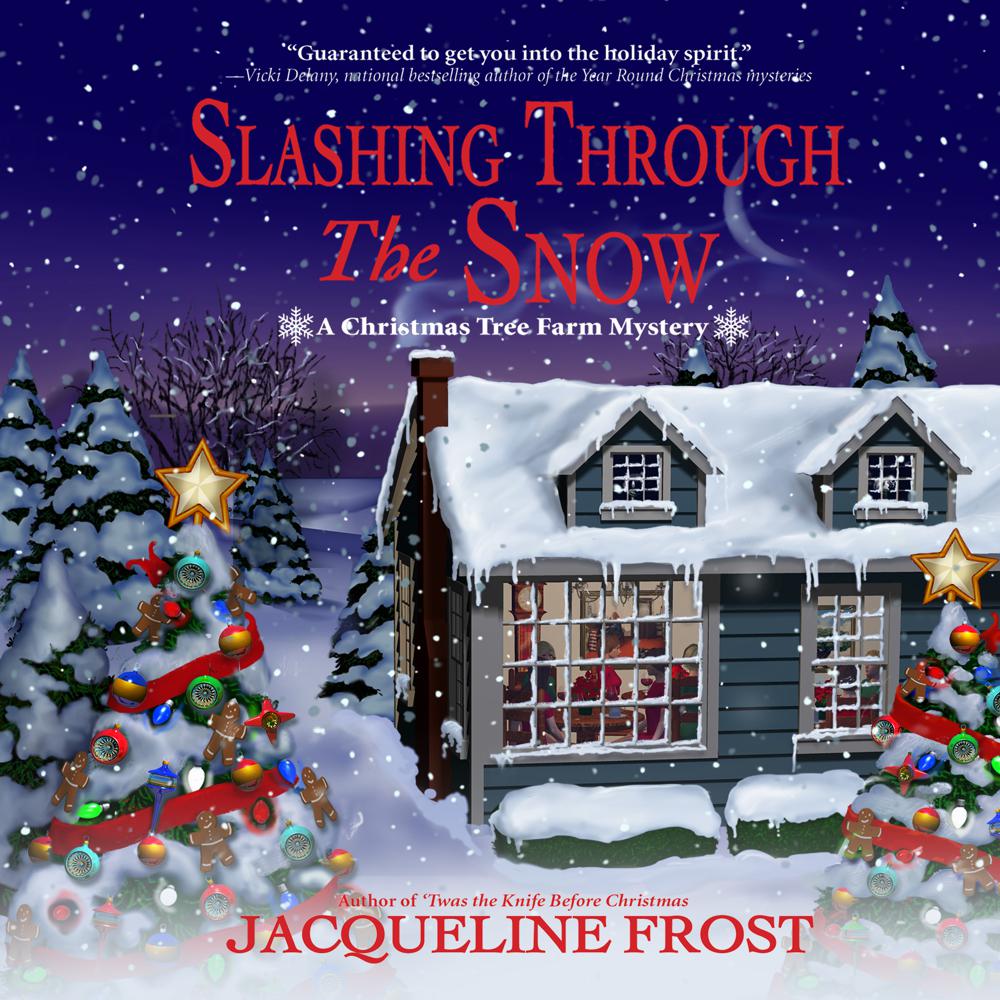 Slashing Through the Snow

Reindeer Games Christmas Tree Farm is going into the B&B business, and Holly White is looking forward to her new role as innkeeper. Even better, Mistletoe, Maine’s sheriff, Evan Gray, has deputized his little sister, Libby, to help Holly wrap presents for Mistletoe’s toy drive. But a cold wind ruffles the cheery holiday decorations when a new guest checks in: Cleo, a vicious B&B critic who could make or break the new inn. And the short December days turn even darker when Evan and Libby find Cleo’s dead body in the gift-wrapped toy donation box. The suspect list is longer than Santa’s naughty list, and local resident Cookie is on it, since her fingerprints are all over the murder weapon, a metal nutcracker that she gave to Holly. But cranky Cleo was an oh-holy-nightmare to lots of the townsfolk, such as Evan’s reporter friend Ray; Christopher, the inn’s former contractor; and confectioner Bonnie, whose Gum Drop Shop was a direct target of Cleo’s scathing prose. To figure out the killer’s identity and clear Cookie’s name, Holly and her friends brainstorm at The Hearth, the farm’s café, while her mother keeps them fueled with Christmas goodies fresh from the oven. But if they can’t put the culprit on ice, Holly may never see another Christmas.