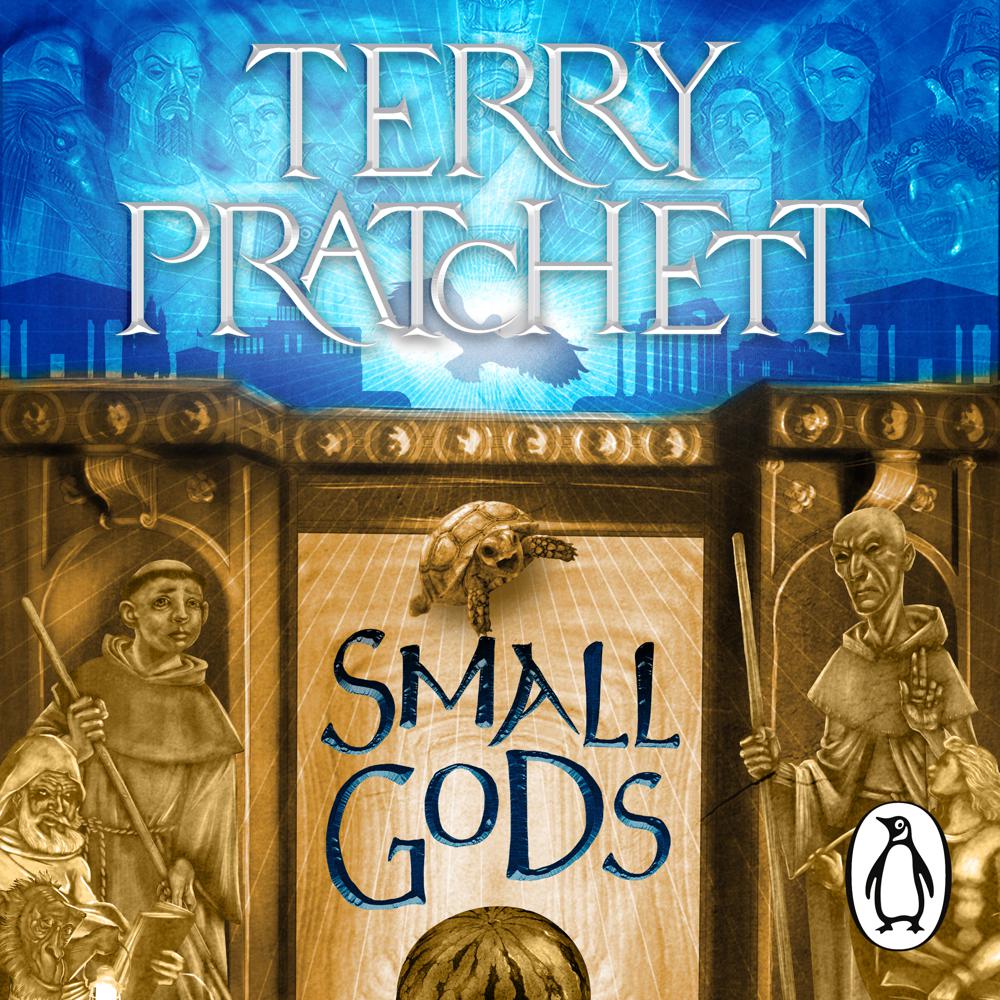 
The audiobook of Small Gods is narrated by the BAFTA award-winning actor and director Andy Serkis (The Lord of the Rings; Planet of the Apes). BAFTA and Golden Globe award-winning actor Bill Nighy (Love Actually; Pirates of the Caribbean; Harry Potter and the Deathly Hallows) reads the footnotes, and Peter Serafinowicz (Star Wars: Episode I – The Phantom Menace; Shaun of the Dead) stars as the voice of Death. Featuring a new theme tune composed by James Hannigan.

‘You should do things because they’re right. Not because gods say so. They might say something different another time.‘

Religion is a competitive business in the Discworld. Everyone has their own opinion and their own gods, of every shape and size – all fighting for faith, followers, and a place at the top.

So when the great god Om accidentally manifests himself as a lowly tortoise, stripped of all divine power, it’s clear he’s become less important than he realised.

In such instances, you need an acolyte, and fast. Enter Brutha, the Chosen One – or at least the only One available. He wants peace, justice and love – but that’s hard to achieve in a world where religion means power, and corruption reigns supreme…

‘An intriguing satire on institutionalized religion corrupted by power . . .’ Independent

You can listen to the Discworld novels in any order, but Small Gods is a standalone.