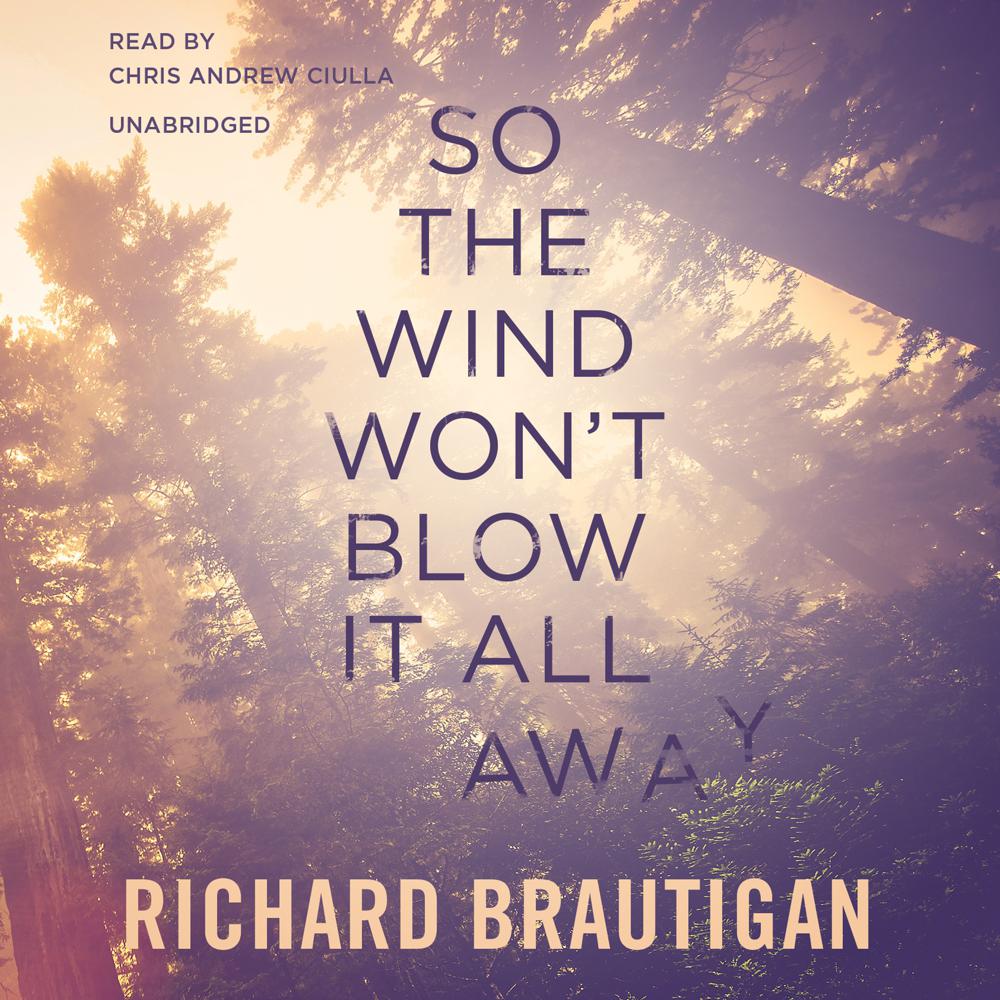 So the Wind Won’t Blow It All Away

So the Wind Won’t Blow It All Away is a beautifully written, brooding gem of a novel set in the Pacific Northwest where Brautigan spent most of his childhood.

It is 1979, and a man is recalling the events of his twelfth summer, when he bought bullets for his gun instead of a hamburger. Through the eyes, ears, and voice of Brautigan’s youthful protagonist, the listener is gently led into a small-town tale where the narrator accidentally shoots and kills his best friend. The novel deals with the repercussions of this tragedy and its recurring theme of “what if,” which fuels anguish, regret, and self-blame, as well as some darkly comic passages of bittersweet romance and despair.

Written and published in 1982, this novel foreshadowed Brautigan’s suicide in 1984. Along with An Unfortunate Woman, this is one of the author’s novels that is a fitting epitaph to an author who is a complex, contradictory, and often misunderstood genius.