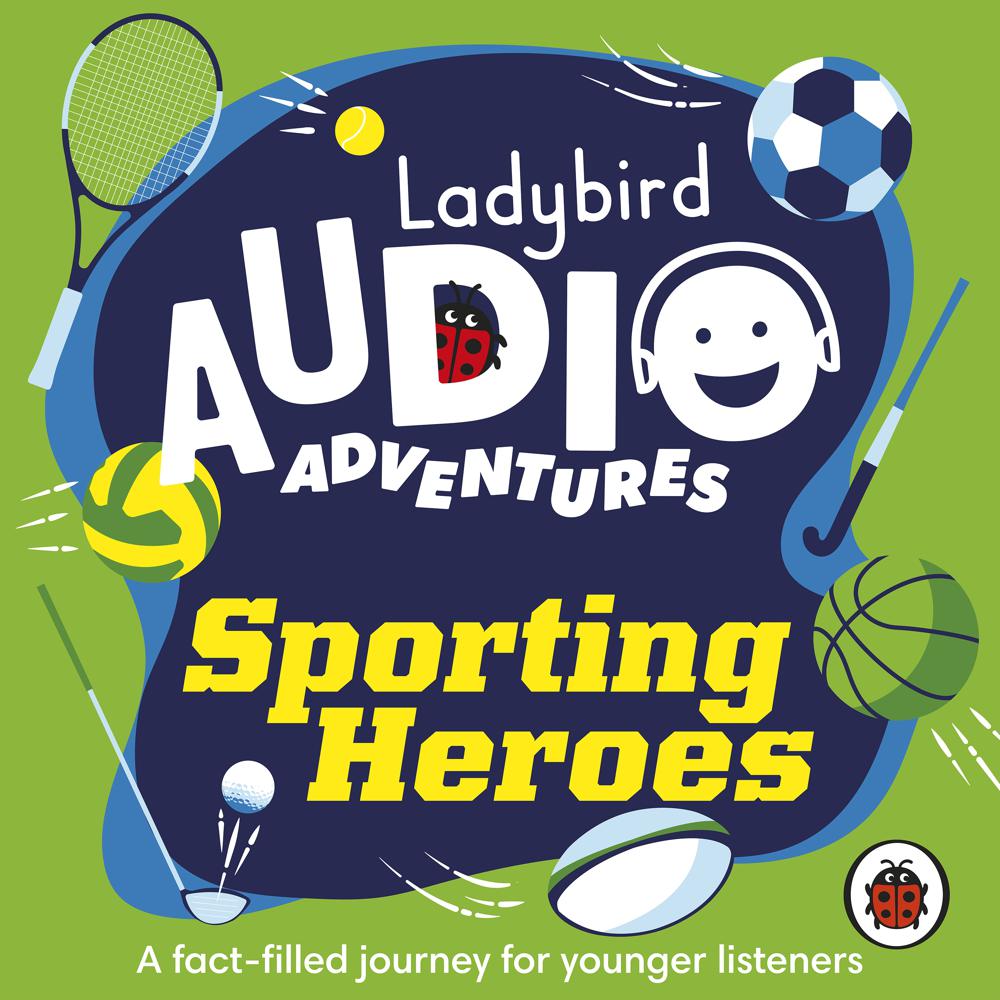 Brought to you by Ladybird.

“We could visit every sporting event in history. Watch every athlete of every ability, and we’d see the same thing – determination and spirit and an ability to keep on going boldly, no matter what obstacles life puts in the way.”

Follow our fearless adventurers Cassandra (and Missy, the smartest bird in the universe) as they set out on their next action-packed Ladybird Audio Adventure!

Grab your trainers, because on this adventure we’re going to meet some of the world’s most famous sporting heroes!

Let’s race with Sir Lewis Hamilton, witness the winning team of 1966, rally with Billie Jean King and witness some incredible records being broken!

These audiobooks help children learn about their environment on a journey of discovery with narrators Ben Bailey Smith (a.k.a. Doc Brown, rapper, comedian, and writer) and Sophie Aldred (best known for her role as Ace in Doctor Who).

Ladybird Audio Adventures is an award-winning original series for three to seven-year-olds; an entertaining and engaging way for children to learn about the world around them. Special stories written exclusively for audio so little ones can become their own adventurers with fun sound and musical effects that are perfect for listening at home, before bed and on long journeys.

Have you listened to all our Ladybird Audio Adventures?

This Ladybird story was written by Dom Conlon.