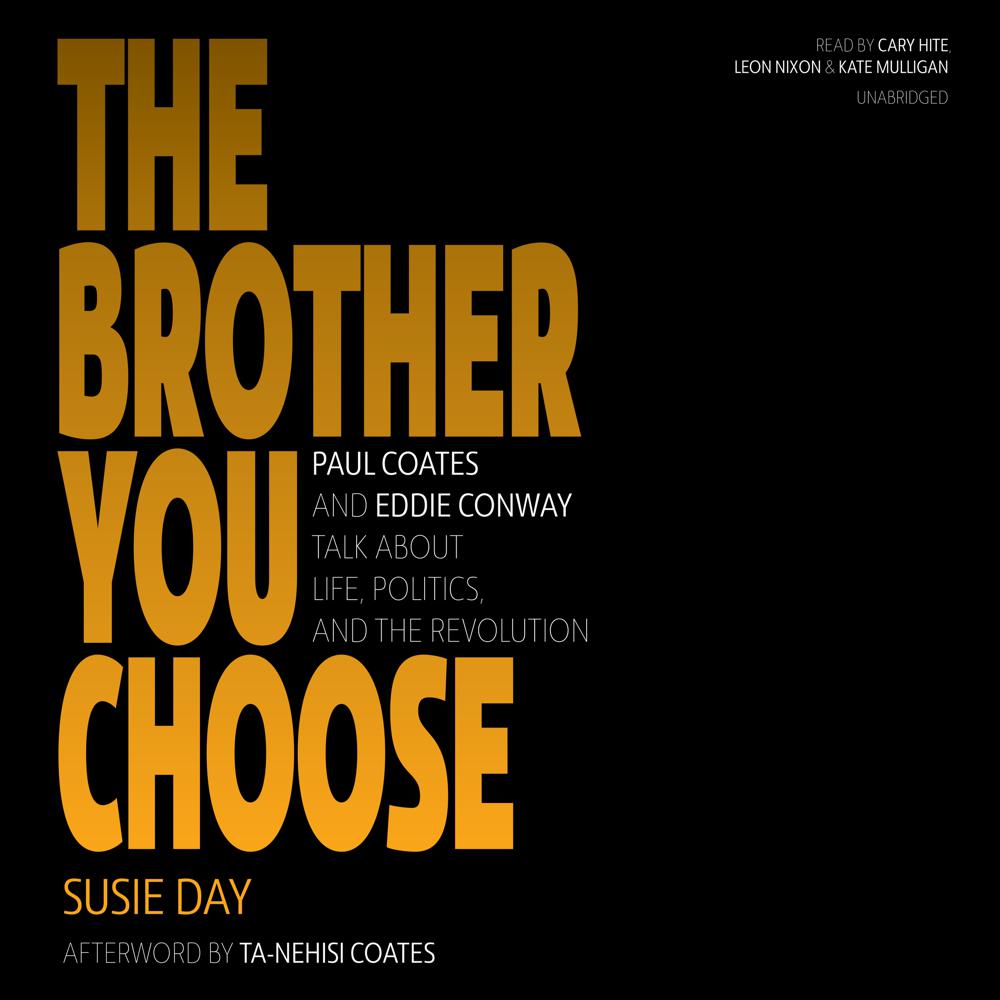 The Brother You Choose

In 1971, Eddie Conway, lieutenant of security for the Baltimore chapter of the Black Panther Party, was convicted of murdering a police officer and sentenced to life plus thirty years behind bars. Paul Coates was a community worker at the time and didn’t know Eddie well, and the little he knew, he didn’t much like. But Paul was dead certain that Eddie’s charges were bogus. He vowed never to leave Eddie—and in so doing, changed the course of both their lives.

For over forty-three years, as he raised a family and started a business, Paul visited Eddie in prison, often taking his kids with him. He and Eddie shared their lives and worked together on dozens of legal campaigns in hopes of gaining Eddie’s release. Paul’s founding of the Black Classic Press in 1978 was originally a way to get books to Eddie in prison. When, in 2014, Eddie finally walked out onto the streets of Baltimore, Paul Coates was there to greet him. Today, these two men remain rock-solid comrades and friends, each being the other’s chosen brother.When Eddie and Paul met in the Baltimore Panther Party, they were in their early twenties. They are now into their seventies. This book is a record of their lives and their relationship, told in their own voices. Paul and Eddie talk about their individual stories, their work, their politics, and their immeasurable bond.