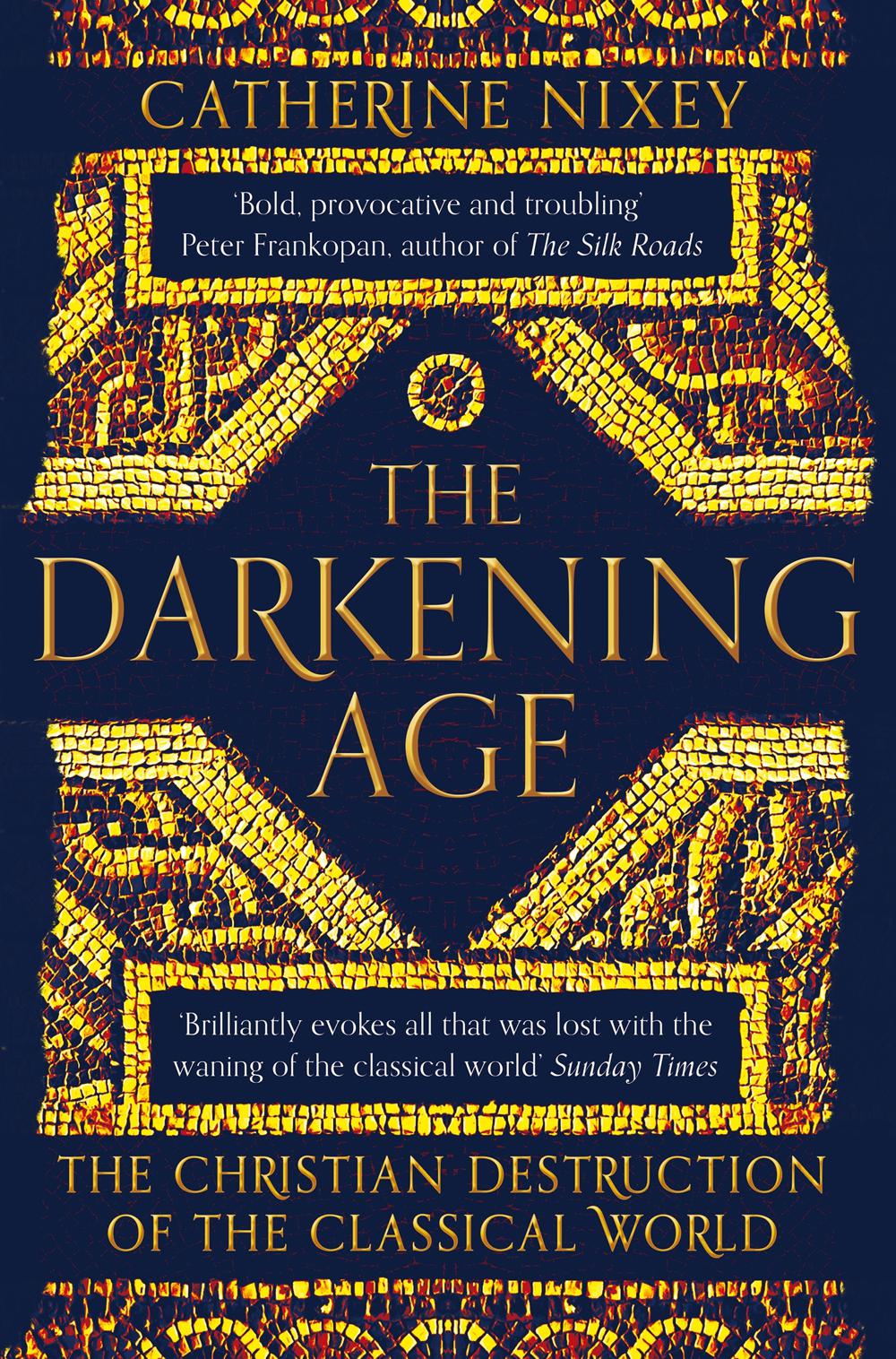 In The Darkening Age, Catherine Nixey tells the little-known – and deeply shocking – story of how a militant religion deliberately tried to extinguish the teachings of the Classical world, ushering in unquestioning adherence to the ‘one true faith’.

The Roman Empire had been generous in embracing and absorbing new creeds. But with the coming of Christianity, everything changed. This new faith, despite preaching peace, was violent, ruthless and intolerant. And once it became the religion of empire, its zealous adherents set about the destruction of the old gods. Their altars were upturned, their temples demolished and their statues hacked to pieces. Books, including great works of philosophy and science, were consigned to the pyre. It was an annihilation.

A Book of the Year in the Daily Telegraph, the Spectator, the Observer, and BBC History Magazine
A New York Times Book Review Editors’ Choice
Winner of the Royal Society of Literature Jerwood Award for Nonfiction