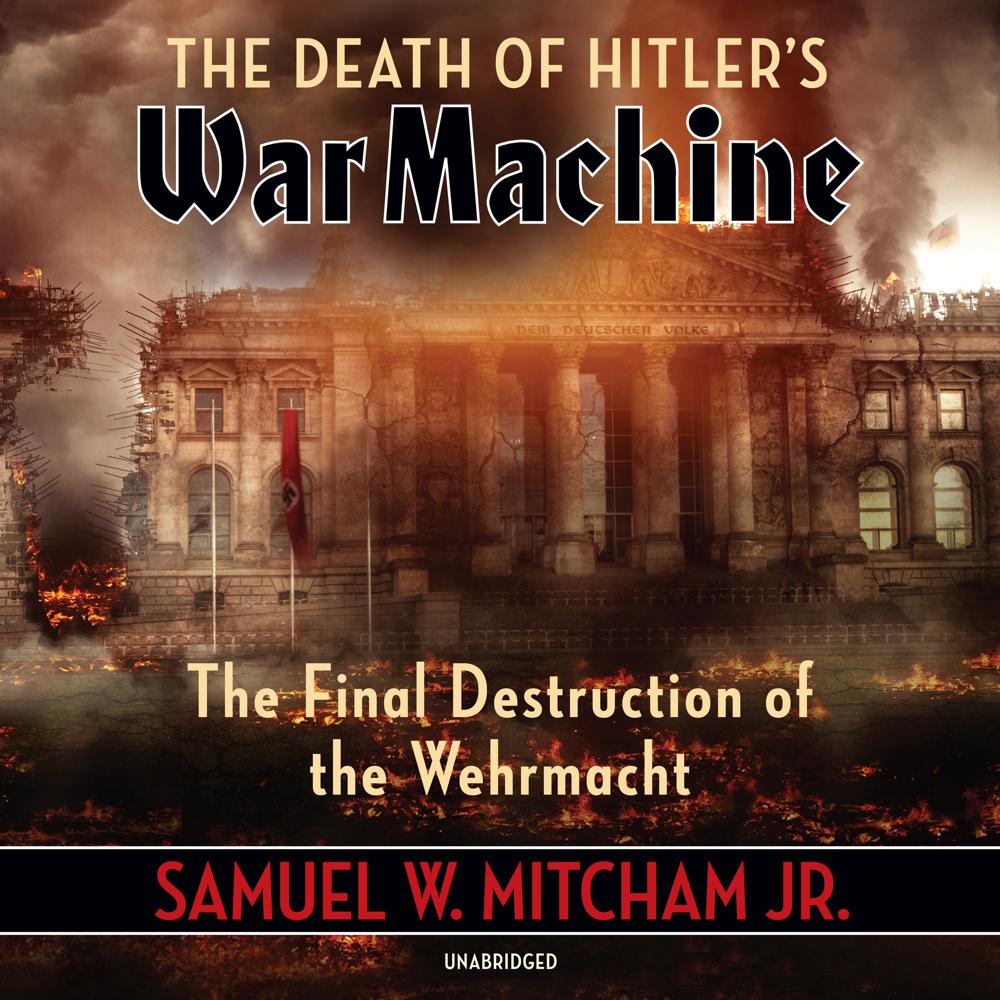 The Death of Hitler’s War Machine

The endgame for Hitler’s Reich

Hitler’s army had dared all to win all on the Western Front with its surprise winter campaign in the Ardennes, the “Battle of the Bulge.” But when American and Allied forces recovered from their initial shock, the German Army, the Wehrmacht, was left fighting for its very survival—especially on the Eastern Front, where the Soviet Army was intent on matching, or even surpassing, Nazi atrocities.

At the mercy of the Fuhrer—who refused to acknowledge reality and insisted on forbidding German retreats—the Wehrmacht was slowly annihilated in horrific battles that have rarely been adequately covered in histories of the Second World War, perhaps most especially the brutal Soviet siege of Budapest, which became known as “the Stalingrad of the Waffen-SS.”

Now, at last, veteran military historian Dr. Samuel Mitcham, in the capstone of a career covering of more than forty books—most of them on the German Armed Forces in World War II—tells the extraordinary tale of how Hitler’s once-feared war machine came to a cataclysmic end, from the Battle of the Bulge in December 1944 to the German surrender in May 1945.

Making use of German wartime papers and memoirs—some rarely seen in English-language sources—Mitcham’s sweeping narrative makes The Death of Hitler’s War Machine: The Final Destruction of the Wehrmacht a book that needs to be on the shelf of every student of World War II history.