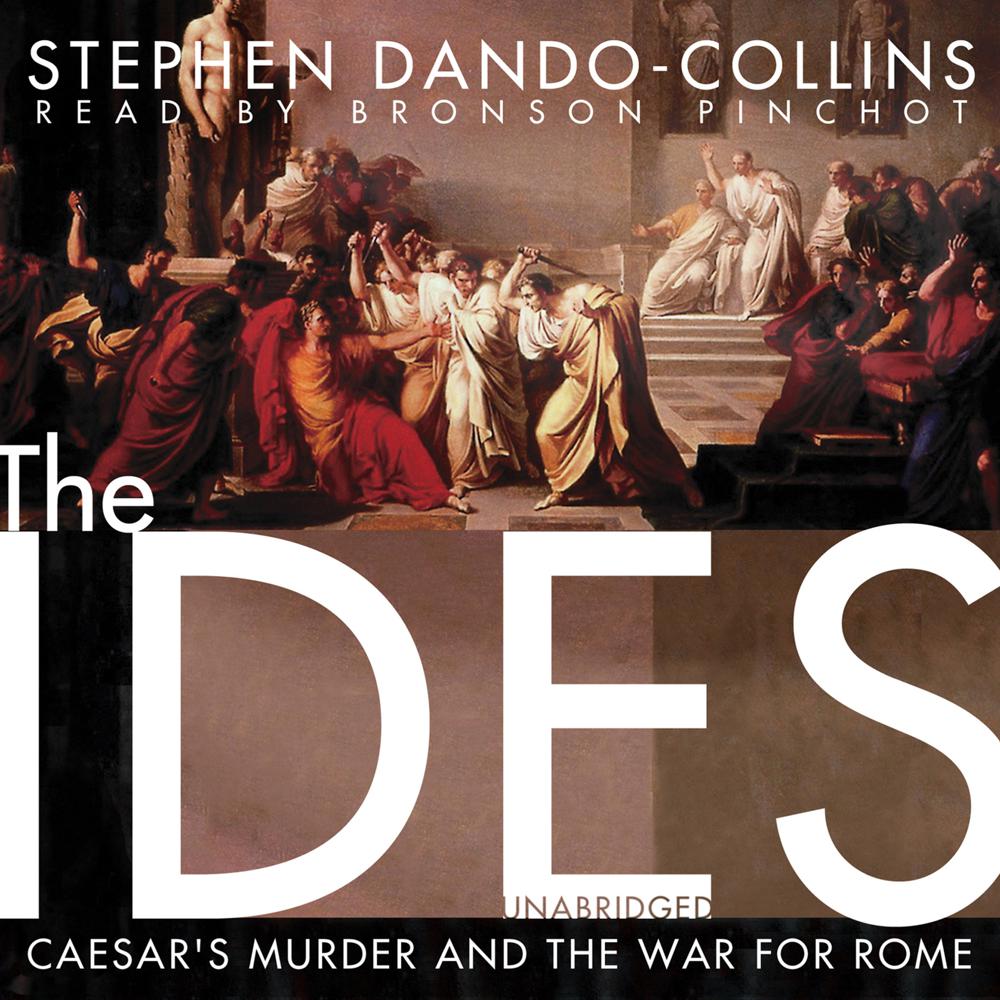 Sixty killers, wearing the purple-trimmed togas of Roman senators, unsheathed their hidden daggers to stab the most feared and powerful man in the Empire. Hundreds of their colleagues ran screaming from the Theater of Pompey the Great, proclaiming the bloody deed to the thousands of citizens who clogged the streets outside. It was the most public of crimes. Yet, two millennia after the murder of Julius Caesar, many questions remain unanswered. Was Brutus a treasonous villain or a hero of Rome? Were the killers motivated by noble sentiment or venality? Why did so many of Caesar’s formerly loyal lieutenants take part in the murder?

InThe Ides, celebrated author and classical researcher Stephen Dando-Collins transports listeners to the streets, palaces, and gathering places of ancient Rome to experience a richly detailed, convincingly accurate, and stunningly suspenseful account of Caesar’s final days. He traces the conspiracy that brought the conqueror down, from a surprising holiday meeting between Cassius and Brutus to its chaotic conclusion and beyond.

Drawing deeply from ancient manuscripts, Dando-Collins documents Caesar’s campaign to persuade the Senate, which had already declared him a “living god,” to appoint him king of Rome before his planned departure on a military mission on March 19, 44 BC. He reveals why many Romans already considered Caesar a tyrant and why Brutus, who may well have been Caesar’s illegitimate son, felt a special obligation to depose this man who would be king.

This compelling history follows the mercurial Cassius and even-tempered Brutus as they carefully feel out potential coconspirators, knowing that one wrong choice could be their last. It reveals the dramatic lengths to which Brutus’ wife Porcia went to prove he could trust her with his secret; why Caesar, even as the killers paced in restless anticipation of his arrival, canceled the Senate session he had called—and how a close associate convinced him to change his mind.

Complete with a thoughtful analysis of why the plotters failed in their aim to restore the Republic and a chilling account of the deadly power struggles that continued for years after Caesar’s death,The Idesis a must-have for anyone fascinated with the Roman Empire, military history, and an incredible story well told.