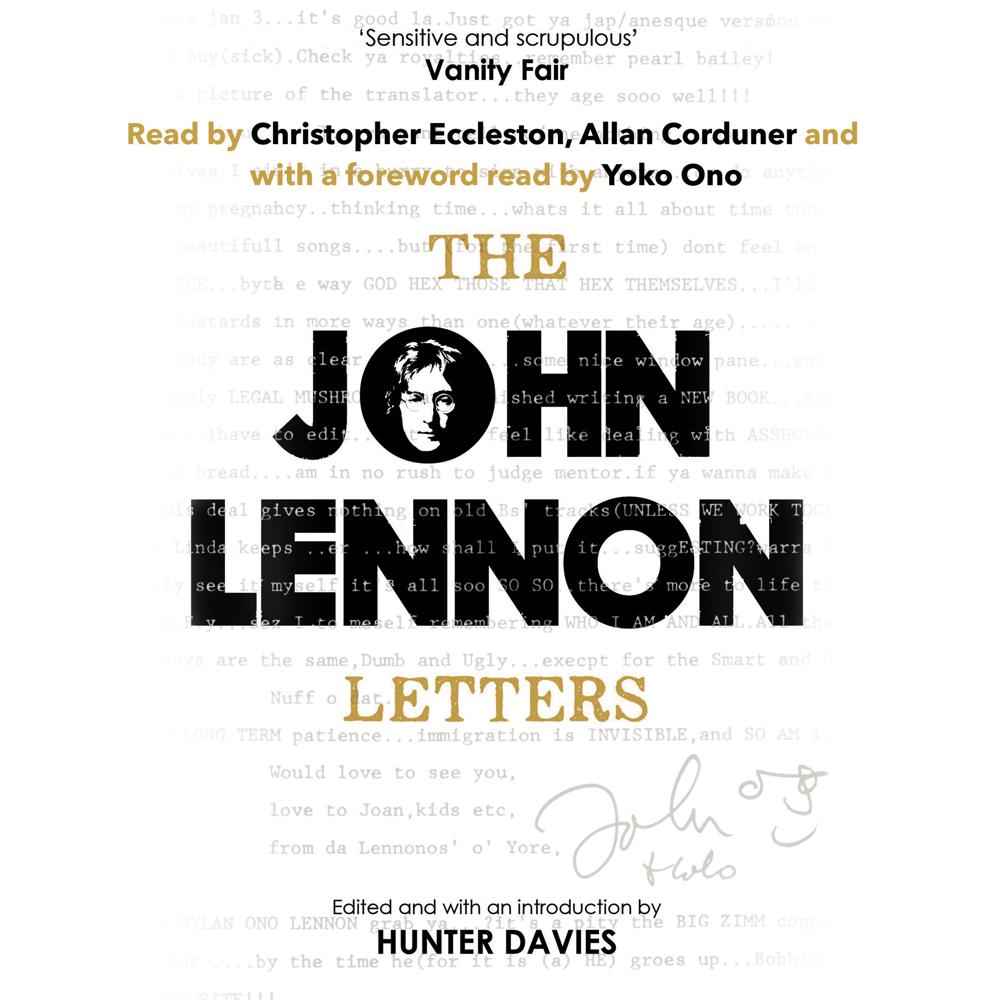 John Lennon was a writer as well as a musician. It was entirely natural for him to put pen to paper whenever he had an idea, a thought, a reaction or a desire to communicate.

He lived – and died – in an age before emails and texts. Pen and ink was what he turned to. John wrote letters and postcards all of his life; to his friends, family, strangers, newspapers, organisations, lawyers and the laundry – most of which were funny, informative, campaigning, wise, mad, poetic, anguished and sometimes heartbreaking. For the first time, John’s widow, Yoko Ono, has given permission to publish a collection of his letters. The Editor is the Beatles’ official biographer, Hunter Davies, who knew John well.

John’s letters are in a way something of a mystery – where are they all? Over the years many have come up at auction, then sold to dealers and collectors. Or they have been kept by the recipients, locked up safely. It has been a wonderful piece of detective work tracing many of these 250 letters, postcards and notes, which are arranged in chronological order, so that a narrative builds up, reflecting John’s life. It will be visual – in a sense that many of the letters are reproduced as they were, in his handwriting or typing, plus the odd cartoon or doodle. THE JOHN LENNON LETTERS is fundamentally a book to read and study, providing a unique insight into the mind of one of the great figures of our times.

John’s letters are read by Christopher Eccleston. Christopher Eccleston is an English actor who has had a hugely successful career in film, TV and on stage. His regular appearance on the TV series, Cracker, in 1993 brought him recognition and he went on to star along side such actresses as Nicole Kidman and Cate Blanchett. He won the 2011 International Emmy Award for his performance in Jimmy McGovern’s Accused. He played John Lennon in the 2010 TV movie in and has twice been nominated in the Best Actor category of the BAFTA TV Awards.

Hunter’s editorial materials are read by Allan Corduner. Allan Corduner trained at the Bristol Old Vic Theatre School and has appeared on stage in PASSION at the Donmar Warehouse, SERIOUS MONEY in the West End and TITANIC on Broadway, and on screen in YENTL and TOPSY-TURVY, amonst many other roles. He is a highly experience voice actor and memorably narrated the voice of Death when reading THE BOOK THIEF. He has read Elspeth Coopers’ WILD HUNT novels for Orion.