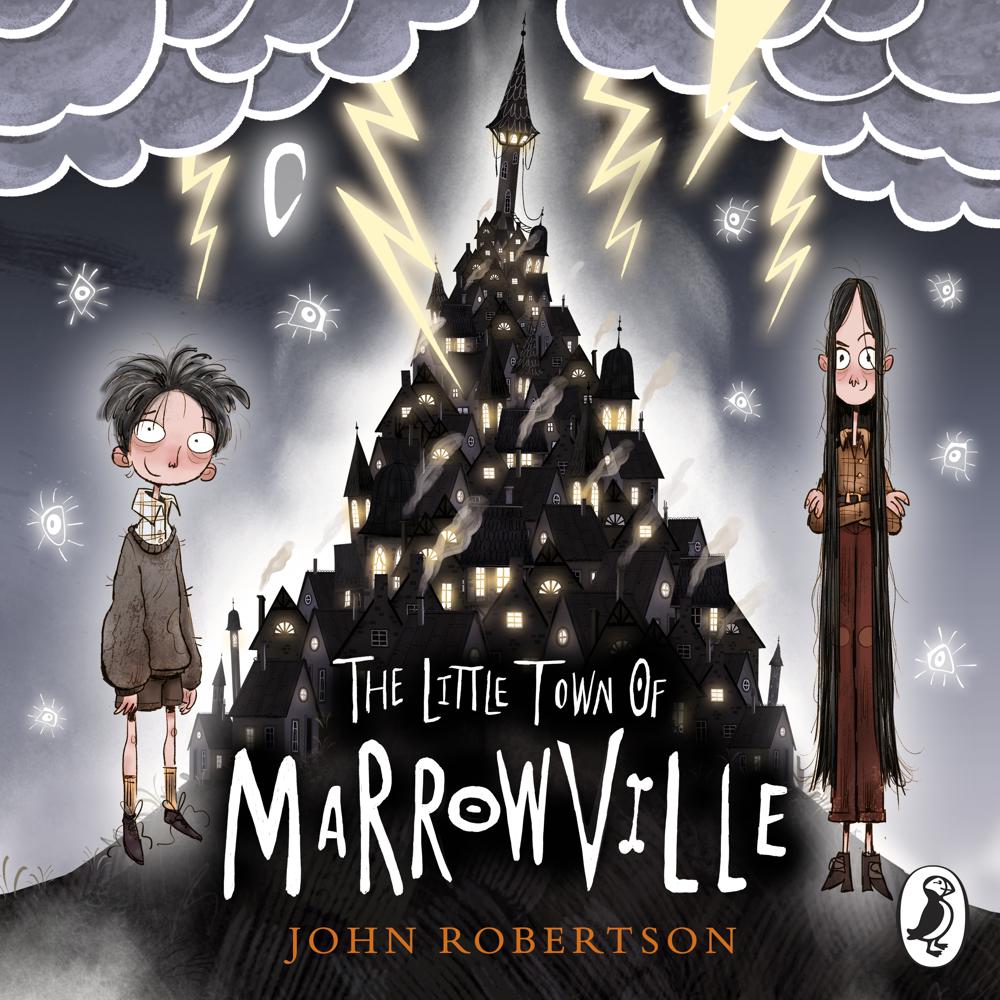 The Little Town of Marrowville

Penguin presents the audiobook edition of The Little Town of Marrowville written and read by John Robertson.

In a town surrounded by deadly mist, and filled with oddities, two young siblings become orphans.

And that’s the best thing that’s happened to them all day.

Howard Howard was a Wrecker (a brute and bully by profession) who was brutal and bullish to his children – Aubrey and Aubrey’s Sister. Howard Howard deserved to be turned into mince, and thanks to a mysterious duo called The Grinders, that’s exactly what happened to Howard Howard.

Hunted by the police and their father’s gang of Wreckers, the siblings find some new friends to help keep them safe: a talented burglar named Charlie (who has no bones, but a great moustache) and a sword-wielding assassin named Calo (who has a sword, duh.)

In a town already revelling in its own chaos and with new dangers around every corner, Aubrey’s Sister and Aubrey stumble into a world of secrets, myths and monsters.