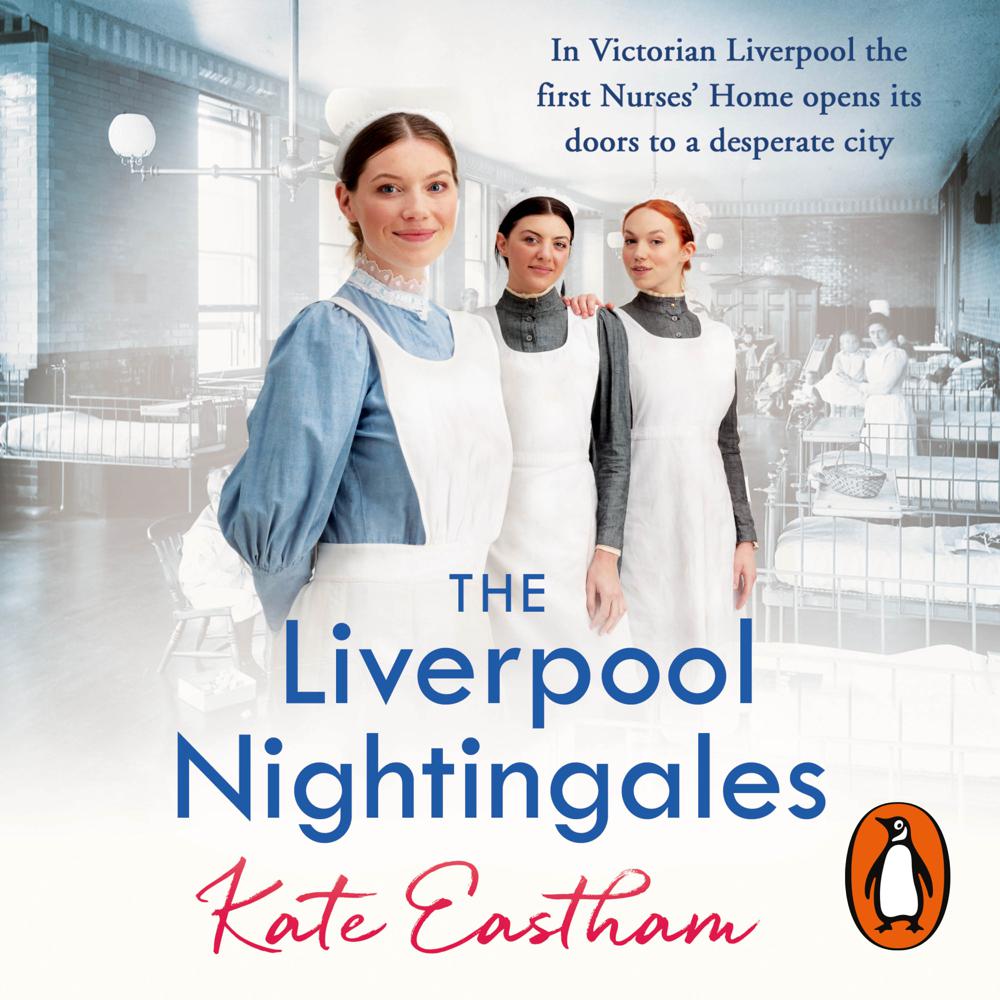 Penguin presents the audiobook edition of The Liverpool Nightingales by Kate Eastham, read by Dorothy Lawrence.

Helping to care for him on the ward, Maud is unexpectedly offered a place as a trainee at the newly opened Nursing School run by Ada Houston.

Maud loves her new role, throwing herself wholeheartedly into the busy, exhausting experience of living and working at the hospital. And she has a lot of fun along the way once she befriends fellow trainees, including the sweet Alice and chatterbox Edie. Although it soon becomes clear that Alice is troubled by a secret.

And then little Alfie, to whom she is devoted, goes missing.

There is only one person Maud thinks can help her find him. Harry, the man whose affections she’s been fending off for months.

Can Harry find Alfie before it is too late? And can Maud qualify despite everything that’s thrown her way?