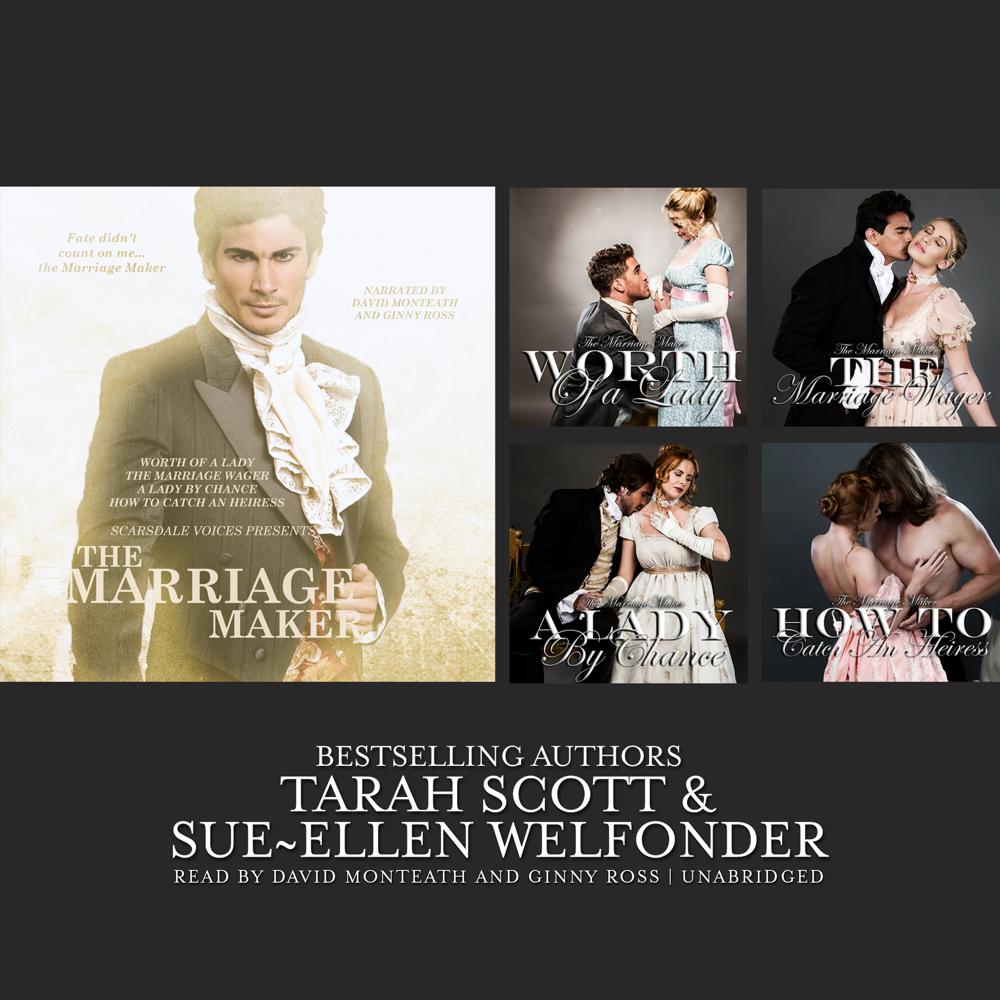 Books 1 through 4 in the Marriage Maker series

Worth of a Lady

Spinster Chastity Hamilton is the Duke of Roxburgh’s heir. Her father insists she marry. She insists that the man who wins her hand must first find matches for her three younger sisters. Sir Stirling James takes up the challenge, and the sisters are shocked when he announces the engagement of their youngest sister to the Devil of Delny.

When Quin Ramsey’s surrogate brother Sir Stirling James informs him he is to wed the fourth daughter of a lesser duke, he refuses. But when he waltzes with the lovely innocent, he realizes that he wants no other man to waltz with her.

He lost at cards, but won at love …

Buccaneer Frasier Gordon is lucky at cards, and keeps a woman in every port. But the stakes in a card game turn high when his old friend Sir Stirling James wagers the hand of a duke’s daughter against the fastest frigate in Scotland.

Who knew the turn of one card would change his fortune forever?

A Lady by Chance

He bargained for a lady, but the hoyden stole his heart …

Signing a wedding contract for the third daughter of a duke, sight unseen, is the first impulsive thing by-the-book Navy lieutenant Patrick Chalmers has ever done. When he arrives on his wedding day to claim his bride, he never dreams the beautiful woman walking down the aisle is the spitfire he saved from falling out of a tree.

How to Catch an Heiress

It takes cunning to catch an heiress … and a handsome face doesn’t hurt.

Tomorrow is Sir Stirling James’ wedding day. Stirling matched the Duke of Roxburgh’s three younger daughters with reputable men. His reward is the duke’s eldest daughter, Lady Chastity, the future duchess of Roxburgh. Now if he can only get the lady down the aisle and into his bed.

When Lady Chastity bargained with her father to marry the man who could match her sisters with suitable husbands in one month’s time, she didn’t believe such a man existed. But tomorrow, she is to wed the marriage maker.