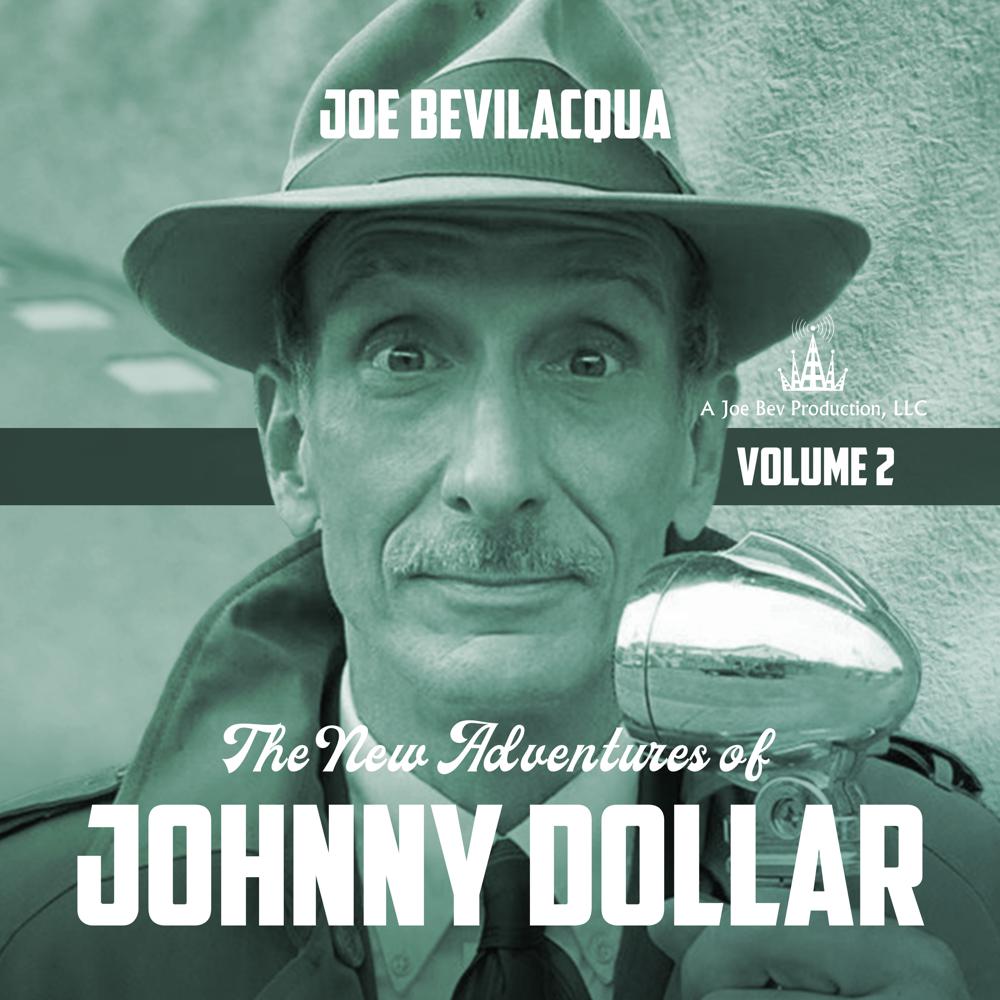 By popular demand, The New Adventures of Johnny Dollar, Volume Two, is a followup to Volume One, dramatized pastiches of the great old time radio detective series by Joe Bevilacqua (“Joe Bev”).

This second volume features The Bowery Boys Matter, The James Forbes Matter, The Sarah Martin Matter, The Ugly Pattern Matter, The Walter Patterson Matter, and The Larson Arson Matter. Also, included are bonus tracks of some of Joe Bev’s old time radio parodies of Sherlock Holmes, The Shadow, and The Green Hornet.

Reviews of The New Adventures of Johnny Dollar, Volume One:“A must buy for anyone who is a fan of cartoon voices or of old radio shows.”“Joe’s personal flair gives these recreations a life of their own.”“I love the works of Joe Bev. He’s done fun radio shows in the past and can impersonate lots of famous voices.”“Clever scripts and great that you use the language of the day.”“Good choice of incidental music, all in keeping with the style of a Johnny Dollar episode. We’ll done.”“These shows have been lovingly recreated and the production, editing, and mixing are first rate. Highly recommended just for that!”

The original Yours Truly, Johnny Dollar was a radio drama that aired on CBS Radio from February 18, 1949, to September 30, 1962. The best-known incarnation was with Bob Bailey starring in “the transcribed adventures of the man with the action-packed expense account-America’s fabulous freelance insurance investigator.” There were 809 episodes, plus two not-for-broadcast auditions, in the 12-year run, and more than 720 still exist today out of 886 total performances.