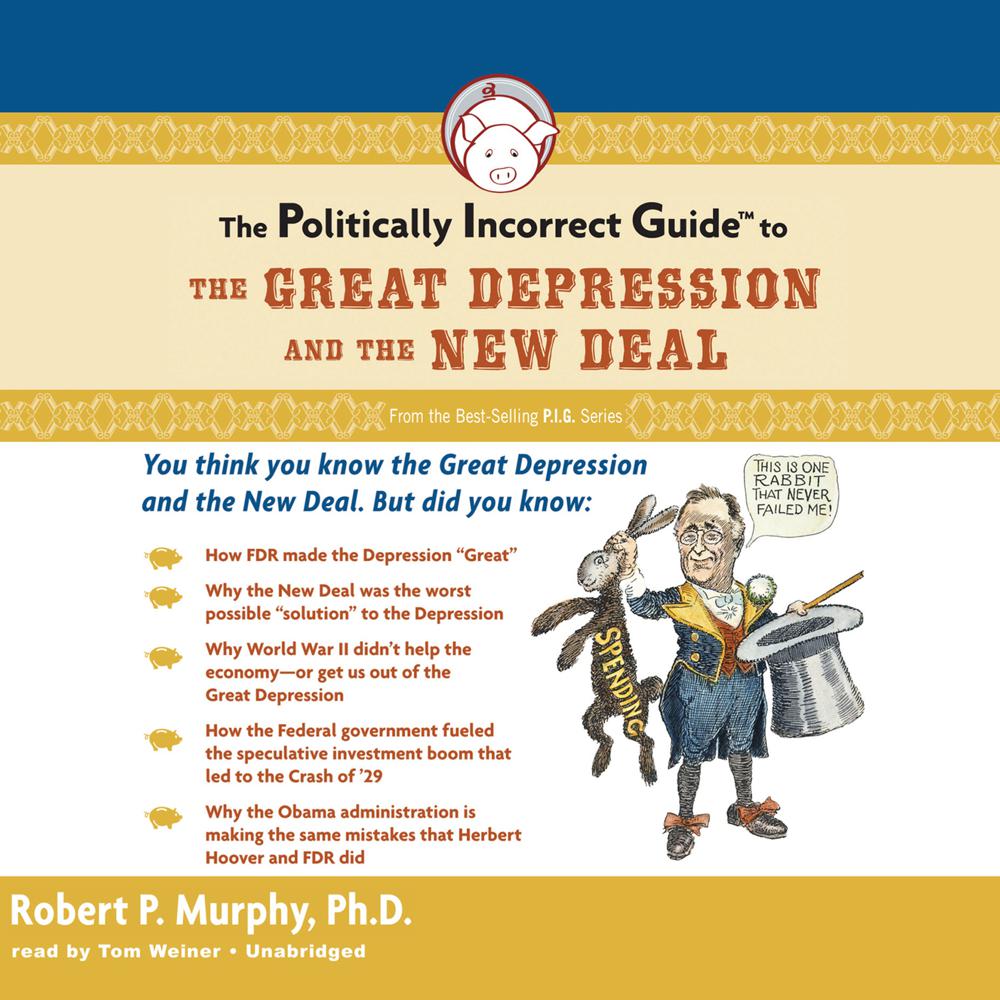 Obama isn’t giving fireside chats (yet), and we’re not waiting in breadlines, but to listen to the mainstream media, we’re on the cusp of Great Depression 2.0 and Obama’s “new New Deal” is the only thing that can save us. But here to remind us of the lessons that we should have learned isThe Politically Incorrect Guideto the Great Depression and the New Deal.

In this timely new PI Guide, economist Robert Murphy reveals the stark truth that free-market failure didn’t cause the Great Depression and the New Deal didn’t cure it. Shattering myths and politically correct lies, he tells why World War II didn’t help the economy or get us out of the Great Depression, why it took FDR to make the Depression “great,” and why Herbert Hoover was more like Obama and less like Bush than the liberal media would have you believe.

The Politically Incorrect Guide to the Great Depression and the New Deal is a modern-day fireside lesson in our past, current, and future economic history. Free-market believers and capitalists everywhere should have this on their bookshelves and in their briefcases.