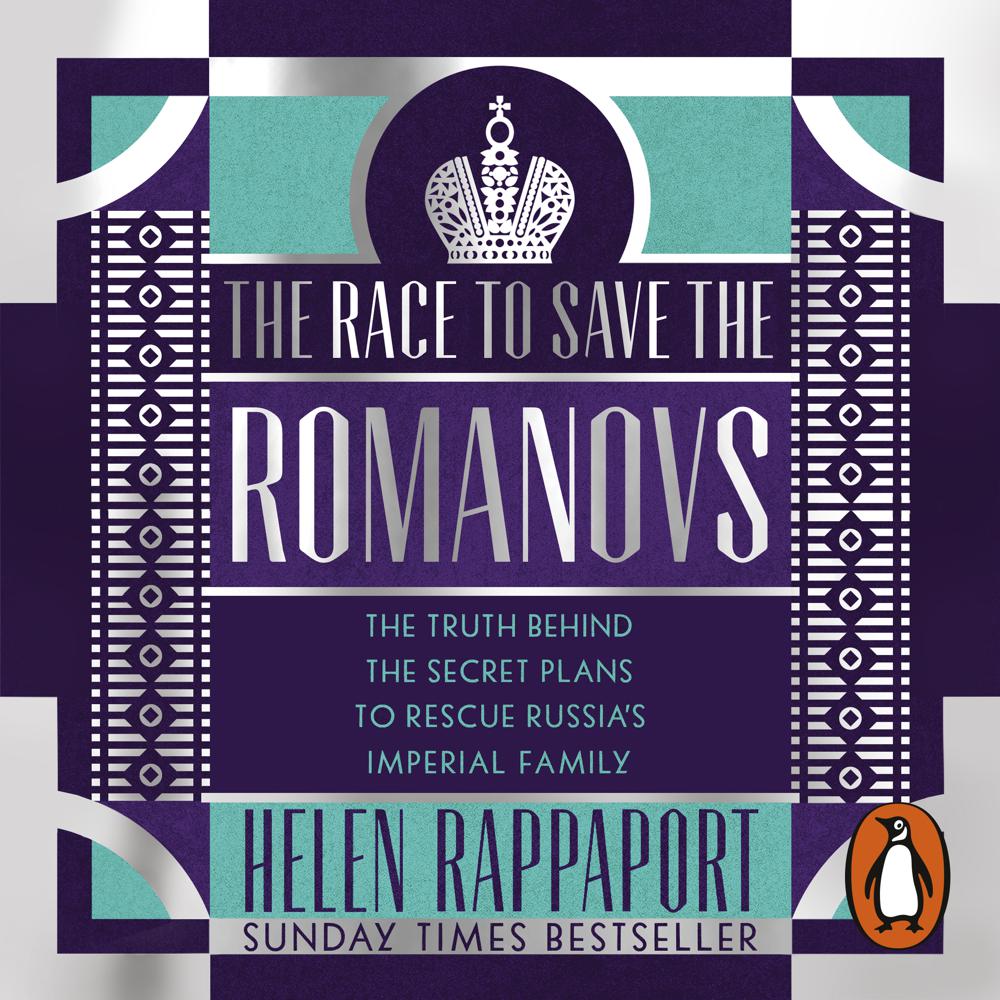 The Race to Save the Romanovs

Random House presents the audiobook edition of The Race to Save the Romanovs by Helen Rapport, read by Damien Lynch.

The Race to Save the Romanovs will completely change the way we see the Romanov story. Finally, here is the truth about the secret plans to rescue Russia’s last imperial family.

On 17 July 1918, the whole of the Russian Imperial Family was murdered. There were no miraculous escapes. The former Tsar Nicholas, his wife Alexandra, and their children – Olga, Tatiana, Maria, Anastasia and Alexey – were all tragically gunned down in a blaze of bullets.

On the 100-year-anniversary of these brutal murders, historian Helen Rappaport set out to uncover why the Romanovs’ European royal relatives and the Allied governments failed to save them. It was not, ever, a simple case of one British King’s loss of nerve. In this race against time, many other nations and individuals were facing political and personal challenges of the highest order.

In this incredible detective story, Rappaport draws on an unprecedented range of unseen sources, tracking down missing documents, destroyed papers and covert plots to liberate the family by land, sea and even sky. Through countless twists and turns, this revelatory work unpicks many false claims and conspiracies, revealing the fiercest loyalty, bitter rivalries and devastating betrayals as the Romanovs, imprisoned, awaited their fate.

A remarkable new work of history from Helen Rappaport, author of Ekaterinburg: The Last Days of the Romanovs.