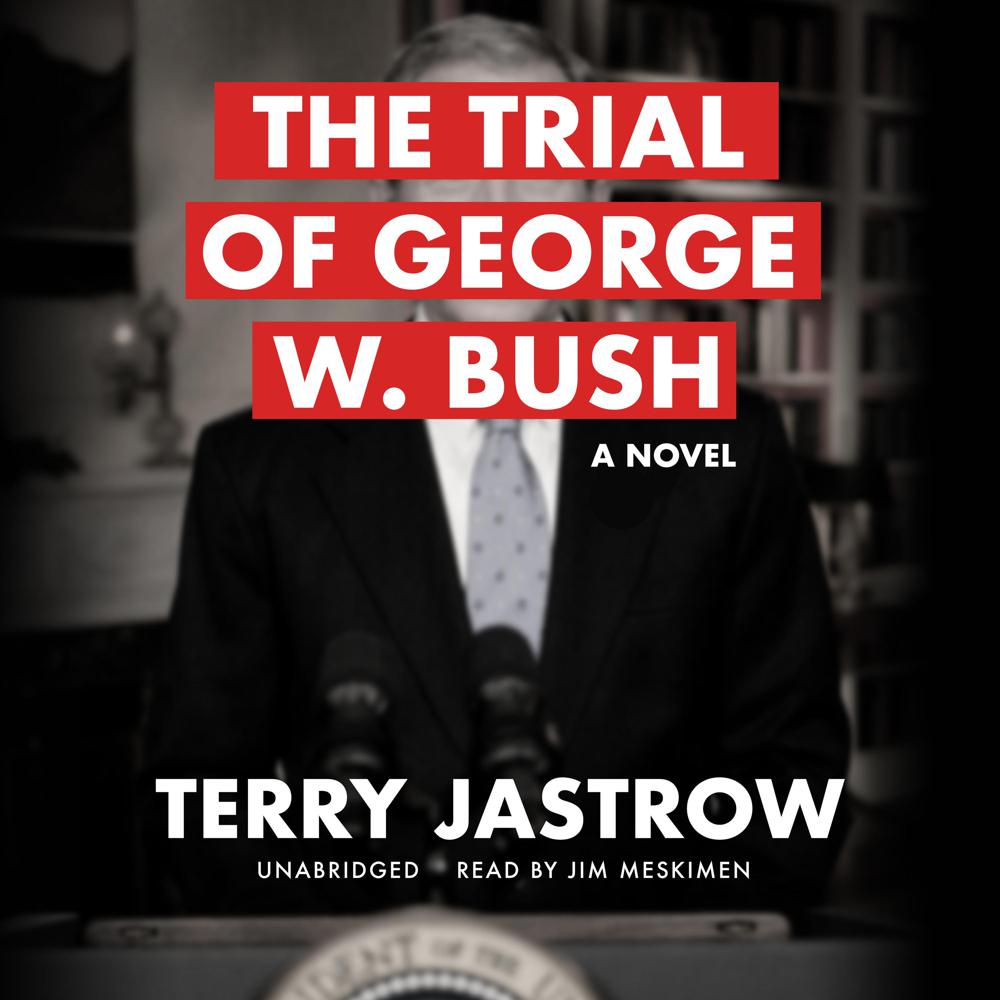 The Trial of George W. Bush

Following the worst terrorist attacks in American history on September 11, 2001, President George W. Bush pledged to bring those responsible to justice, especially the mastermind, Osama bin Laden. After failing to capture Bin Laden in Afghanistan, George W. Bush shifted his attention and that of his country to Saddam Hussein and Iraq, neither of which had anything to do with the 9/11 attacks (as history has proven). Bush, Jr. wanted a war in Iraq, and with the help of others in his administration, he succeeded in waging one regardless of the cost of human lives or his country’s treasury. George W. Bush’s Iraq War lasted eight and a half years, killed tens of thousands of people, and cost the United States trillions of dollars.

In Terry Jastrow’s new novel, The Trial of George W. Bush, past evil deeds are exposed and reckoned with in a most unexpected way. At a time when America’s political leadership has alienated itself from the rest of the world, the scales of justice respond in a trial at the International Criminal Court in which former president Bush is accused of War Crimes and Crimes Against Humanity. This fascinating trial brings together eyewitness testimony from a former Secretary of State, the Commander of the U.S. Central Command that oversaw military operations, an American counter-terrorism expert, and a female Iraqi blogger who read from the blogs she wrote while Bush’s war was destroying her country. After the trial filled with contentious testimony and covered by an overzealous media, a captive worldwide public awaited the determination of Bush’s fate. Will he be found guilty or not? The surprising verdict is revealed in this fascinating—and politically resonant—new novel.