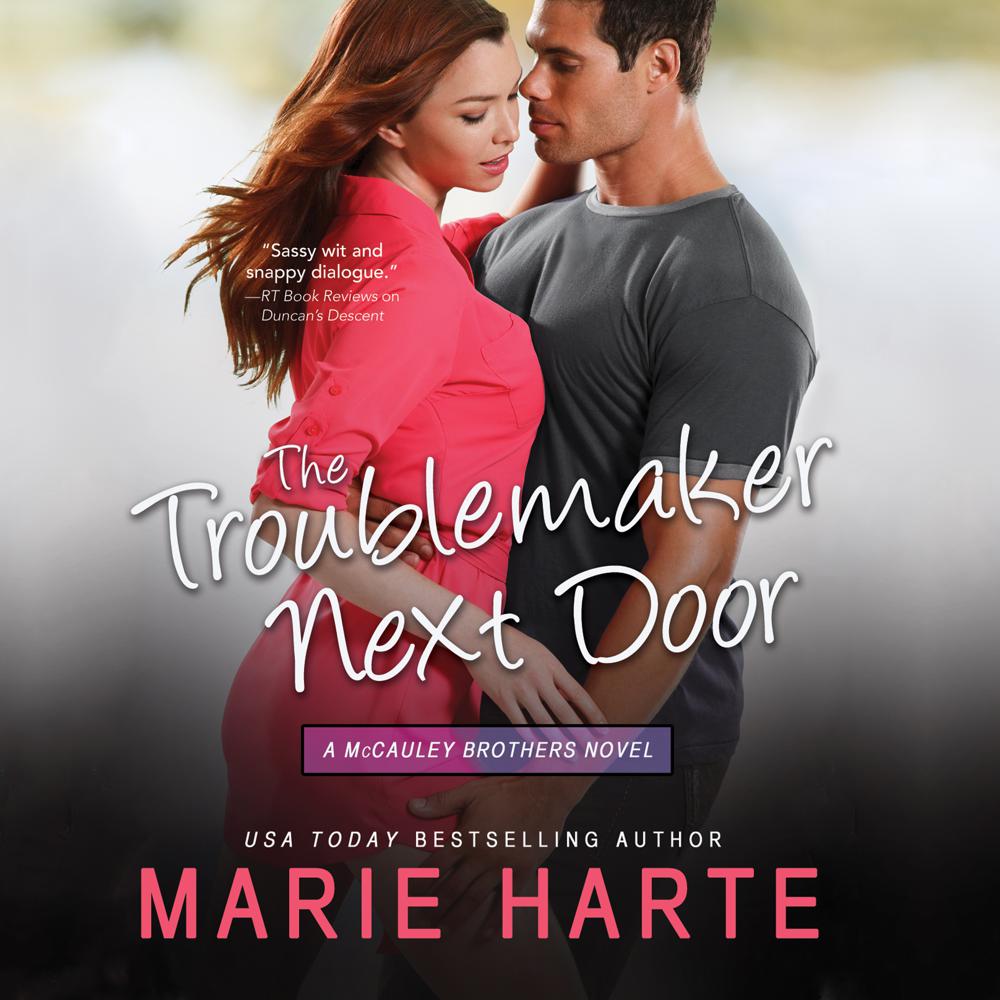 The Troublemaker Next Door

It’s been the day from hell for Maddie Gardner. Instead of offering her a promotion, her boss made a pass at her. After she quit, she got dumped by her lukewarm boyfriend. And then when she’s in the middle of a foul-mouthed meltdown in her kitchen, she notices her gorgeous green-eyed neighbor standing there. Flynn McCauley never thought he’d be so cliche as to fall for the girl next door. But when he shows up to fix the sink in Maddie’s apartment, he finds himself completely captivated. When a ride home turns into more, Maddie and Flynn decide to keep things strictly causal-that is, until Flynn wants more. But to get it, he’ll have to convince Maddie to give him a real shot.