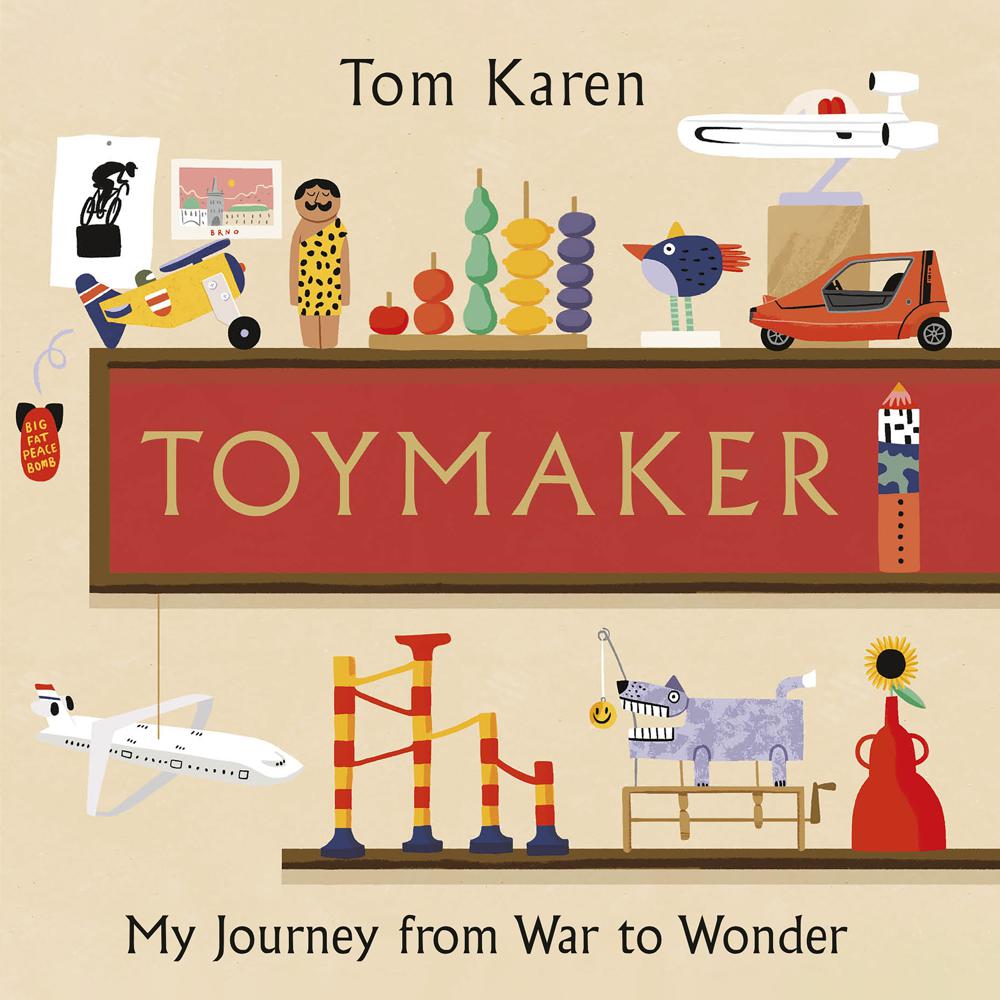 Step inside his home and you’ll see papier-mâché birds, a life-sized cardboard tiger, model cars; his work bench a vibrant collage of creativity, from hand-drawn maps and postcards to newly devised toys for his beloved grandchildren. Tom Karen is a toymaker, creative genius, award-winning designer and one of the world’s most remarkable inventors. From inventing the Marble Run to designing the iconic Raleigh Chopper bike and creating the Bond Bug, Tom’s designs are cherished the world over, but behind these fantastical creations lies an equally remarkable life.

Born in the 1920s into a wealthy family and raised in Czechoslovakia by nannies, Tom had a lonely upbringing and longed for pencils, paper, paints and brushes. His childhood was short-lived when Tom and his family had to flee for their lives following the rise of Nazi Germany. It was this formative experience that would transform Tom’s life. Arriving in the UK, Tom would establish himself as a creator slowly building the career that would see him dubbed ‘the man who designed the seventies’.

Told through the prism of Tom’s incredible designs, Toymaker is a story about life, about imagination, about being in the present and existing in the past; about painting, drawing, chopping and changing; about thinking, discussing, arguing and listening. Tom’s life is a tale of a century of creativity and how ‘things’ come to define who we are – and help us look ahead to where we’re going.