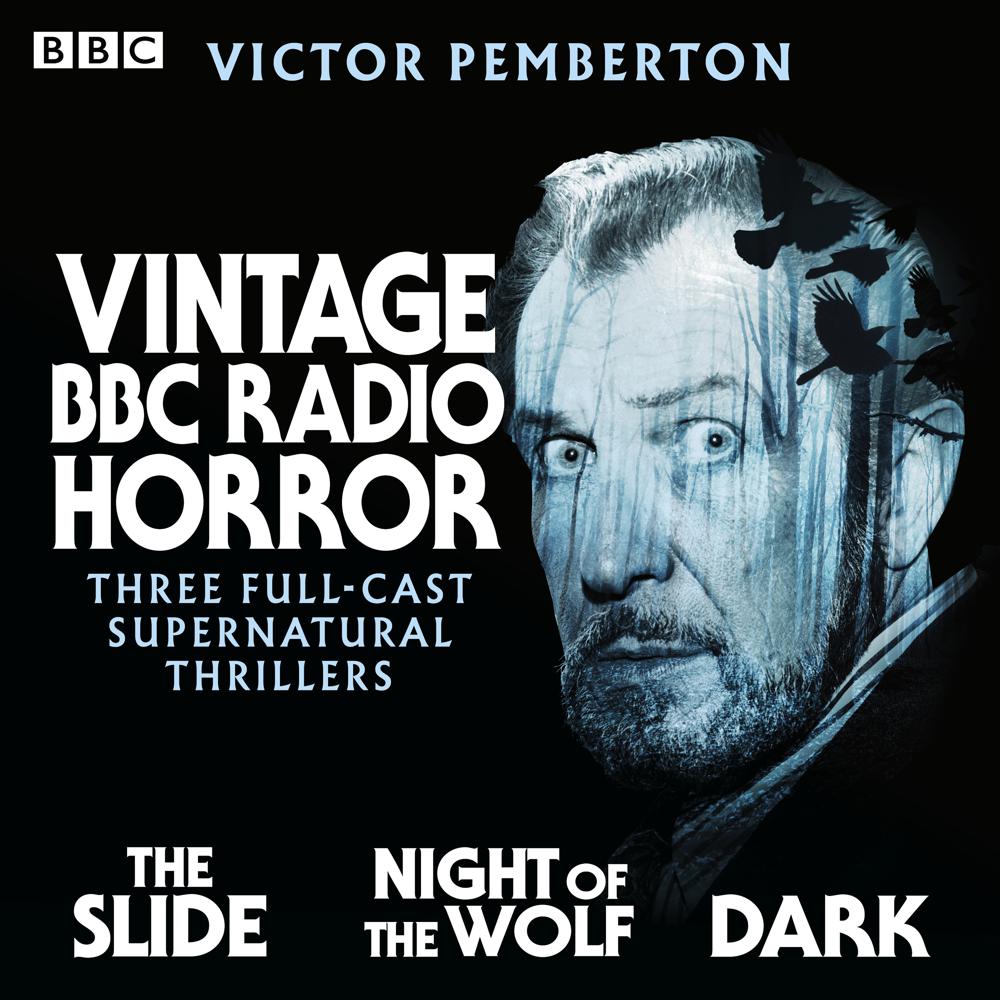 Author, playwright and TV producer Victor Pemberton was probably best known as a script editor and writer for Doctor Who, and as the inventor of the Doctor’s trademark sonic screwdriver. But he also created numerous dramas for radio, among them the three cult classics included here.

The Slide – In the Kent new town of Redlow, the residents are shocked by a sudden earthquake. But a worse subterranean threat is still to emerge. When a torrent of mud oozes from the fissure and the local wildlife begins to die, expert seismologist Professor Gomez is called in. His analysis reveals the awful truth: the mud is sentient, intelligent – and lethal… Roger Delgado and Maurice Denham star in this thrilling seven-part sci-fi serial.

Night of the Wolf – March, 1883, and a monster is on the loose in the East Anglian Fens… Concerned about his missing son, Robert, Judge Mathew Deacon travels from Pennysylvania to Cambridge to find out what has become of him. His inquiries lead him to the remote Northcott Manor, deep in the marsh country, where he finds a family hiding dark secrets – and comes face to face with a werewolf… This Gothic horror play stars Vincent Price and Coral Browne.

Dark– Virginia’s lover was murdered and her husband hanged. Then, years later, inexplicable events occur in the room where the murder took place. Summoned to investigate, medium Simon Elliott becomes possessed by people from the past. Can the dead really return to exert control over the living? Honor Blackman, Bessie Love and Nigel Anthony star in this suspenseful paranormal thriller.