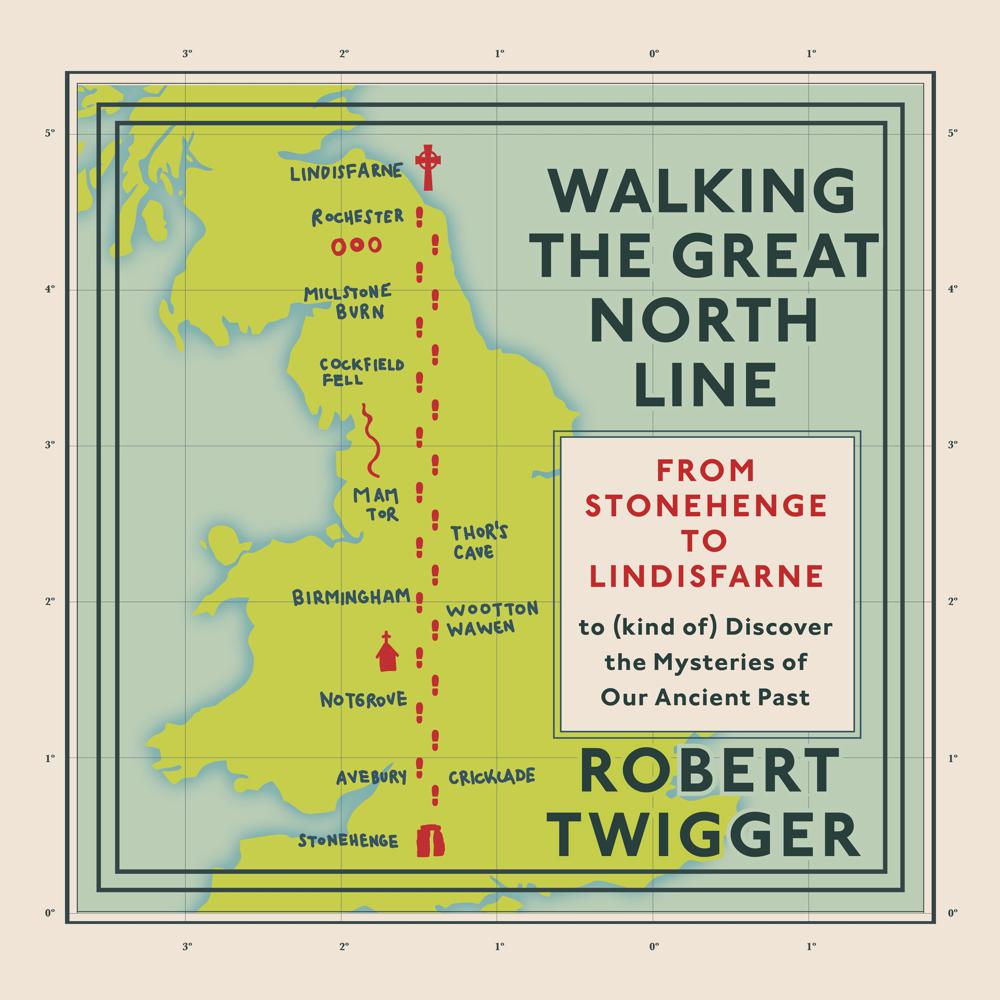 Robert Twigger, poet and travel author, was in search of a new way up England when he stumbled across the Great North Line. From Christchurch on the South Coast to Old Sarum to Stonehenge, to Avebury, to Notgrove barrow, to Meon Hill in the midlands, to Thor’s Cave, to Arbor Low stone circle, to Mam Tor, to Ilkley in Yorkshire and its three stone circles and the Swastika Stone, to several forts and camps in Northumberland to Lindisfarne (plus about thirty more sites en route). A single dead straight line following 1 degree 50 West up Britain. No other north-south straight line goes through so many ancient sites of such significance.

Was it just a suggestive coincidence or were they built intentionally? Twigger walks the line, which takes him through Birmingham, Halifax and Consett as well as Salisbury Plain, the Peak district, and the Yorkshire moors. With a planning schedule that focused more on reading about shamanism and beat poetry than hardening his feet up, he sets off ever hopeful. He wild-camps along the way, living like a homeless bum, with a heart that starts stifled but ends up soaring with the beauty of life. He sleeps in a prehistoric cave, falls into a river, crosses a ‘suicide viaduct’ and gets told off by a farmer’s wife for trespassing; but in this simple life he finds woven gold. He walks with others and he walks alone, ever alert to the incongruities of the edgelands he is journeying through.