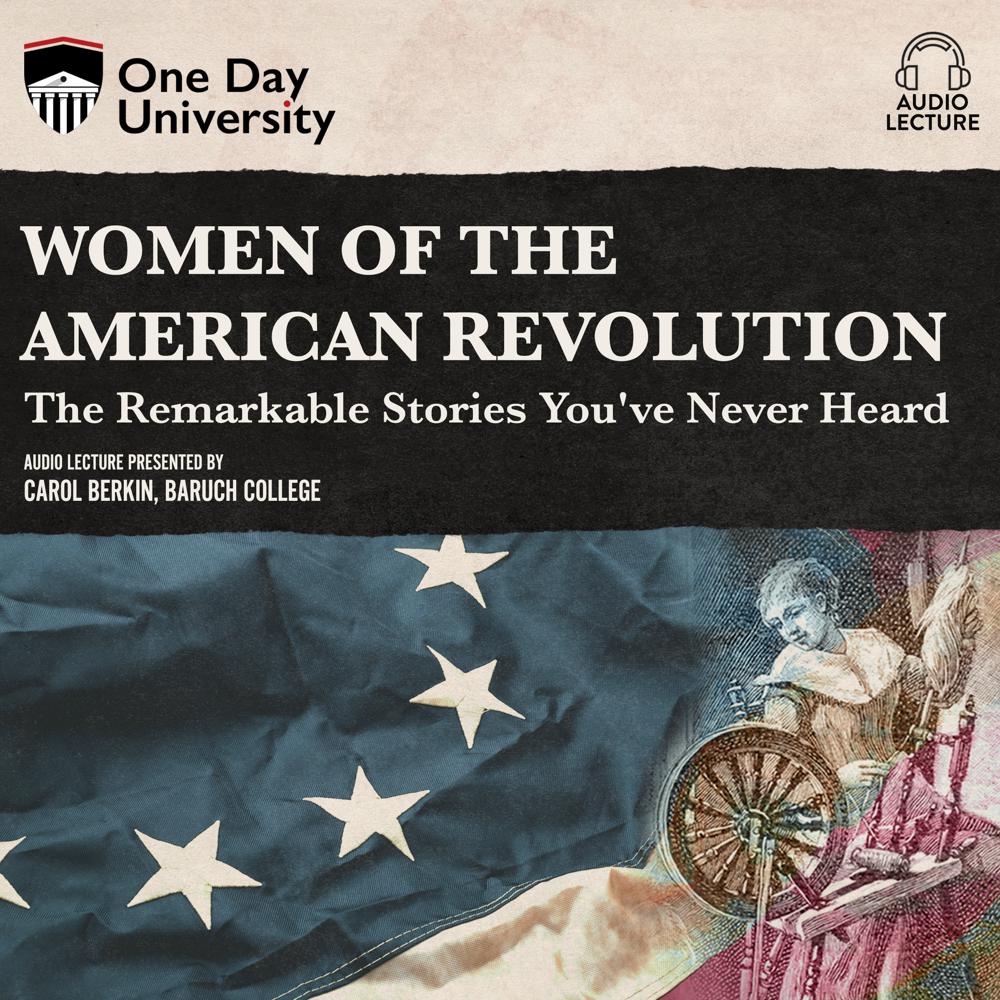 Women of the American Revolution

One Day University presents a series of audio lectures recorded in real-time from some of the top minds in the United States. Given by award-winning professors and experts in their field, these recorded lectures dive deep into the worlds of religion, government, literature, and social justice. This talk puts to rest another of the remarkable myths of the American Revolution: that it was an all-male affair. An 8 year home front war and American women didn’t notice it? In fact, the politicization of women in the 1760s and 1770s is one of the most striking consequences of the rebellion against British rule. Women made the boycotts of British imports work. They picketed merchants who dared to sell British cloth and tea. They produced homespun or “Liberty cloth” as they called it—willingly engaging in the single most boring task known to colonial America. Women wrote propaganda, from plays to poetry; they signed petitions—not as Mrs. so-and-so, but with their own names, a fact that horrified conservative colonists everywhere, and may have even laid the earliest foundation for the 19th Amendment over a century later. Valley Forge, Monmouth, etc. were not all male sites. Women and children flocked to the army each winter and transformed army camps into instant cities. Here they did the nursing, the cooking, and the washing. Women served as spies, as couriers, and as soldiers. And, thus for the first time schools were created for females. And, as we all know, education is a dangerous thing. It was the next generation who demanded equality. This audio lecture includes a supplemental PDF.