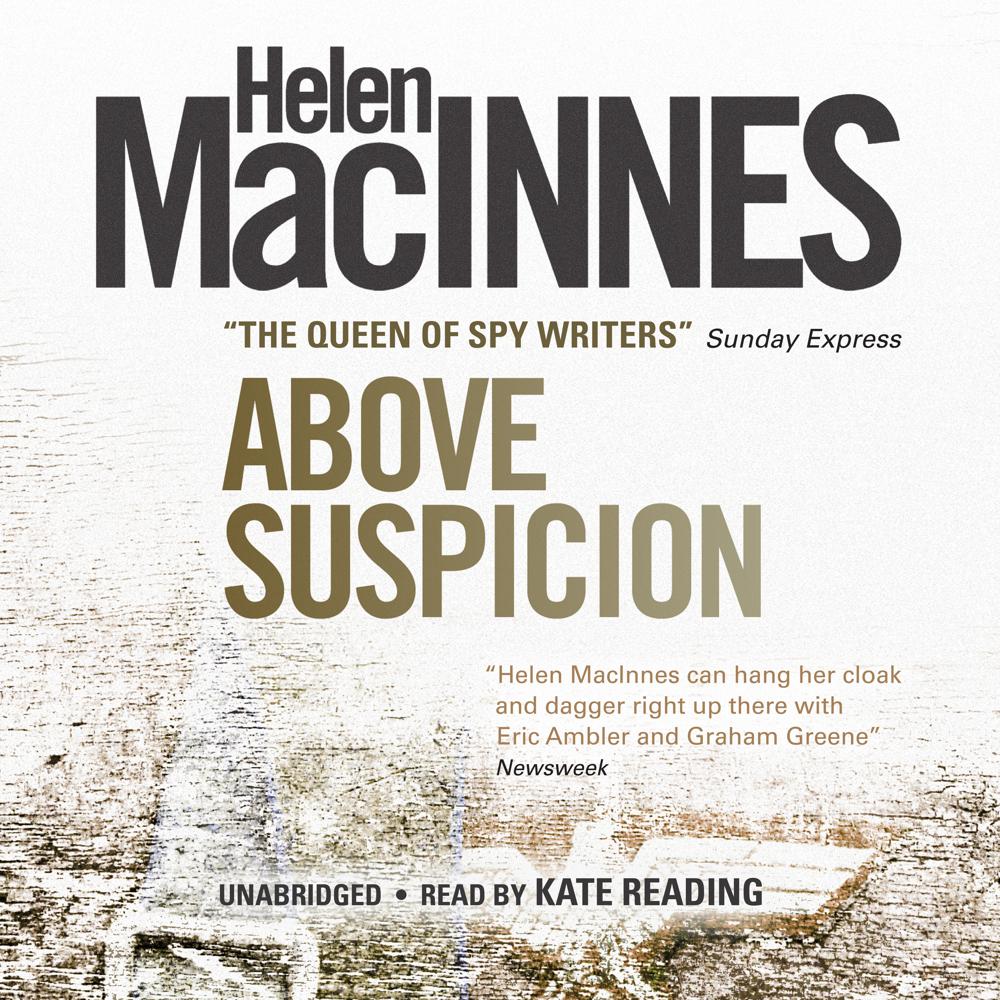 Richard and Frances Myles are preparing for their annual European summer vacation in 1939 when they are visited at their Oxford college by old friend Peter Galt, who has a seemingly simple job for them. But in the heightened atmosphere of prewar Europe, nobody is above suspicion, in fact the husband and wife are being carefully monitored by shadowy figures.

Above Suspicion was MacInnes’s breakthrough book, a bestseller published in 1941 and released as a movie in 1943, directed by Richard Thorpe and starring Joan Crawford and Fred MacMurray.